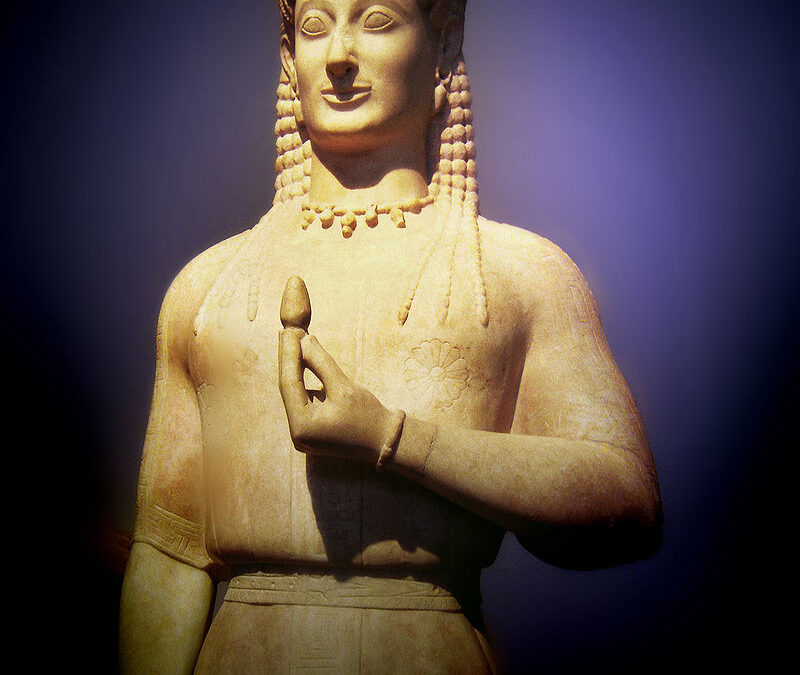 Either with or underneath Magoth

A queen, almost always portrayed robed, sometimes carrying a sheaf of grain. or a small box.

“Kore” simply means “The Maiden,” and this may be a euphemism to avoid drawing her attention, as Kore/Persephone/Prosperpine is a goddess of death and rebirth, and there are a huge number of names for her.

As a very quick summary of her mythology, in Greek/Roman mythology she was claimed as an unwilling bride by the god of the Underworld, Hades/Pluto. As a harvest and rebirth goddess, she gained a strong following among mystery cults devoted to pursuing immortality.

As she became a part of the ongoing mythology of demonkind, she remained a part of a “power couple,” in a unique situation of a pair of demons sharing their power along with her consort, Magoth. in other versions Magoth is the primary demon and Kore subservient to him, or simply not listed. The Dictionnaire Infernal lists her as a queen of hell, and her ranking (or her and Magoth’s) is quite high, just under such big names as Leviathan and Lucifer.