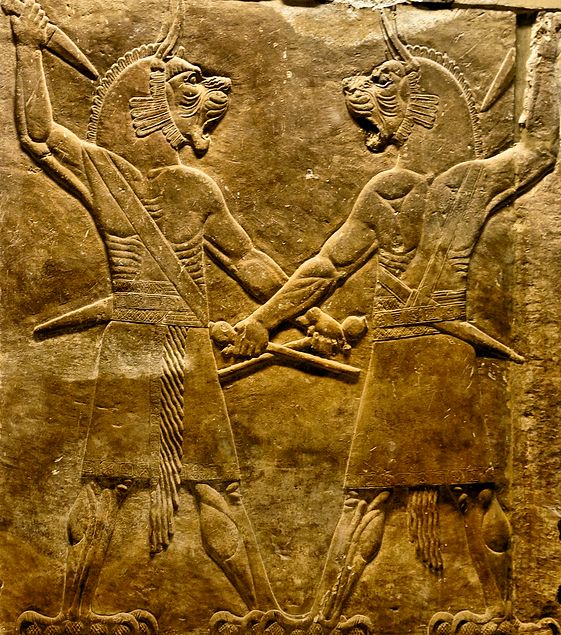 God of the Sun (in a life-destroying, blasted wasteland sort of way); warfare; disease; famine; death. Probably a pretty good archer, too. 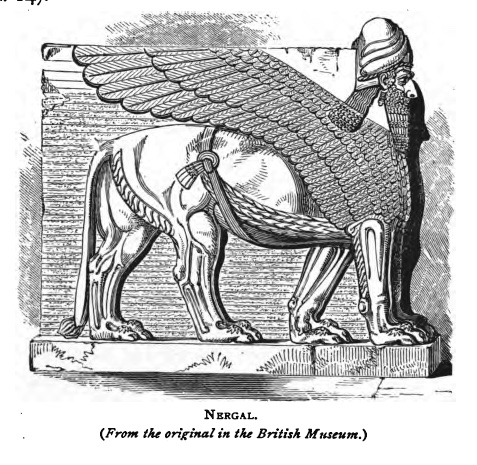 Nergal goes way back, to 3000 BCE or further. Fundamentally, he’s the god of death, but in an active, “something that’s about to happen to you” sort of way. In his oldest forms he appears as a sort of gryphon-like human-hybrid, but is more commonly seen as a lion-headed warrior (or just a warrior). His myth merges with Apollo and other archer-gods, way down the road.

In one story, he marries Erishkigal, the powerful goddess of the dead. There is quite a bit of sex in this story, sometimes “enthusiastic consent” and sometimes more dubious. Erishkigal herself is an unwilling underworld goddess, so the story has some echoes in the myth of Hades and Perseophone and other god/goddess death pairs. Both of them have several other spouses and “it’s complicated.”

While violent and awful, Nergal is a loyal god, and fights at the side of his father, Enlil. Given his portfolio of fire, plague, and death, he’s similar to Samael/Mashit, the angel of death, a role that usually starts with “serving God and doing his dirty work” and ends with “fallen angel.” It’s possible that all these sun/plague/archery deities (including Apollo, whose name may come from “erra Aplu”) share common origins. He’s associated with the angel Resheph, another archery/death character.

Nergal’s sometimes shown with a sickle, which collects him loosely to the Grim Reaper.

In an earlier iteration he’s called “Meslamtaea,” tor “the god from Meslam,” and has a brother lamed Lugalirra. The two were twin gate-guardian gods, linked with the “twins” constellation Gemini.