Another fun week in the ancient near east! Going further down the road of no return in the Mesopotamian underworld with a look at Erishkegal, the goddess of the dead, and Nergal, the god of death. They’re a great couple, give them a hand.

Like so many of us, you may be wondering what folks drank for fun in Mesopotamia. Apparently their form of ancient beer was pretty close to “liquid bread,” opaque, yeasty, and drunk with very long straws. Made from wild yeast, Jamin suggests (with no evidence but the photos) that it’d be something like a lambic porridge. This seems fair…There’s a very pretty song of praise/instruction set over at Open Culture.

This week Jacob is in love with the 2007 “Dante’s Inferno” made in a puppet theater style. We found this while researching various Inferno-inspired films, and this one stood out as being the most unusual of the modern era interpretations. This particular version was a puppet theater film based on Sandow Birk’s amazing modern interpretation of the Divine Comedy, she has many of her illustrations on her portfolio website, very worth looking at.

Jacob attempts to explain a word without knowing the definition of the word. Tragos is the Greek word for, well, tragedy. It’s also the word for spelt (the grain, not past tense of “spell.”) Fun fact, the word “tragedy” is taken from the word roots for “goat song,” and also suggests a voice changing during puberty. Fun, fun.

We found a “new” – well, new to us, podcast: Mark Scarbrough’s “Walking with Dante,” a journey with Dante through the cosmos. The pacing on this one is slow, edging into meditative, with plenty of academic asides and backstory. Apparently it’s the most popular podcast in Sweden!

Photo by Kathryn Grossman, Enkibru tasting at Cleveland, Ohio. With thanks to Ancient Near East Today, “Beer and Brewing in Mesopotamia”

Begin all serious academic research with TVTropes.com, whose treatment of the marriage of Erishkegal and Nergal is deeply informative and should really be used in your next doctoral thesis. Particularly if you work in theoretical physics or some field otherwise unrelated to mythology.

Although you might want to actually read the story yourself. Which, for some reason, I can’t find the link to. Here’s a neopagan-informed interpretation that we used, and this one feels a bit more scholarly. Obviously, we’re playing the story for comedy, and it’s kind of hard to get a clear story of the actual history…even when we were able to find a copy, which…again…still can’t…it was garbled and hard to reconcile the different versions of the translations. 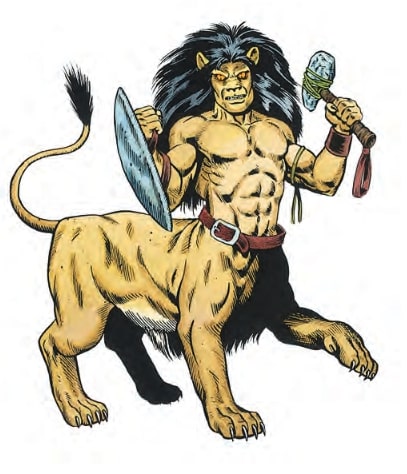 Plains and desert-dwelling species that form prides. Favorite food: Wild pig, lamb, and porcupine. Monster Manual II, 1st edition, Dungeons and Dragons. Statistics/instructions for dating a wemic have not been found, but we did find a fan article on marriage customs. 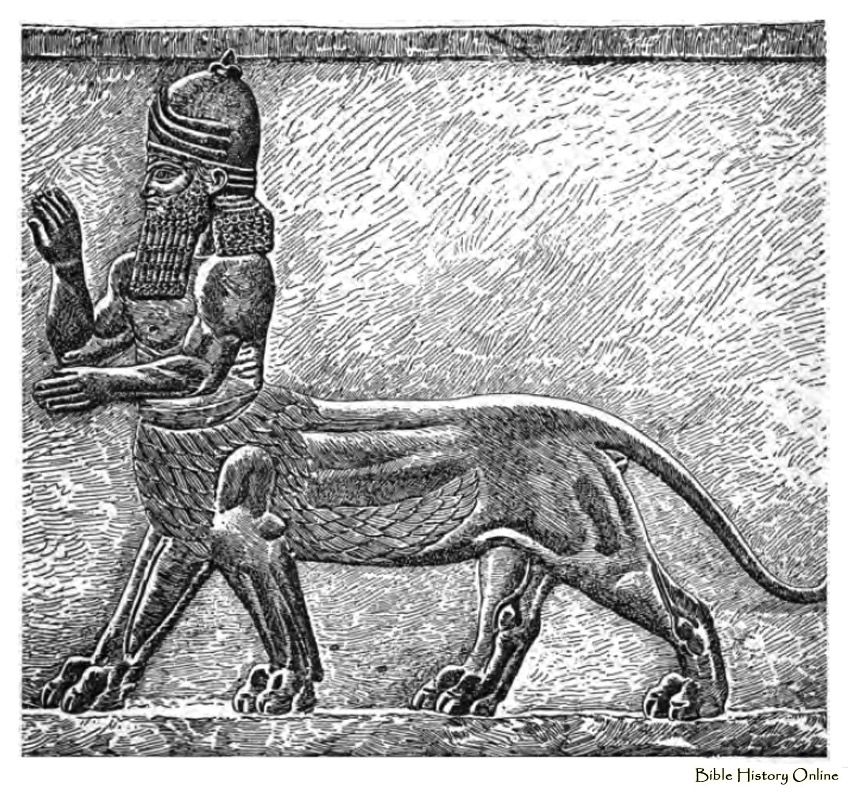 Mesopotamian god of plague, the summer sun, war, and death

A character from “Family Matters”

Glittery Hoo-Ha theory was initially developed by romance writer Lani Del Rich. Who is also a podcaster, so that’s neat.  Early GHH theory simply stated how extremely and thoroughly the Male was tamed by the GHH, a powerful force that let writers ignore the importance of motivation and logical action. Jacob encountered the “magic hoo-ha” idea in How To Write Hot Sex, a quite good really book of essays on writing erotica (I actually don’t think that LDR was actually a contributor to this anthology, but she did loan it her idea). This version was more focused on the magical romance and the trope of the Bad Boy, which really kind of extended the concept of the glittery hoo-ha into, textbook example, the leash that lets the female lead in the paranormal romance safely capture the fearsome alpha werewolf, while still garnering all the alleged benefits of dating a fearsome alpha werewolf.

Also, while it’s not a major plot point, the lead character in Twilight does mention that she’s prone to falling over, I didn’t make that up. – Jacob 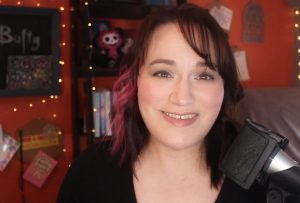 Mesopotamian goddess of the realm of the dead. (wiki) She’s best known for two stories: Inanna’s Descent into the Underworld and her marriage to Nergal. Interestingly, she’s the secondary character in both of these stories.

Moreso than her husband, she had a complex relationship with death, as a death and rebirth goddess who may have originally been more of a mother goddess.

Over the course of the 3000-ish years of Mesopotamian culture, the mythology became steadily more patriarchal. Originally she was the sole ruler of her kingdom (The Descent of Inanna and Epic of Gilgamesh both predate her marriage to Nergal, and don’t mention him.) But her initial subjugation by Nergal and then later a more equal marriage to Nergal suggest, according to extremely wise scholars who I can’t quote because I don’t remember their names, outright replacing the goddess of the dead with a warrior king, and then reconciling the two.

Tragic Backstory: Should we start by saying what a royal pain it must be to be Inanna’s sister? Always having to take her to rehab sessions, paying bail, and she never remembers you when she gives a speech at the award ceremony.

In the Sumerian creation myth, Ereshkigal is kidnapped and taken down to the underworld, as a captive and queen all at the same time. In Samual Kramer’s “Sumarian Mythology” he suggests that it is the dragon, Kur, that does all this kidnapping, but it sounds like he’s the only scholar to really suggest that as a concept, and it looks like the dragon, Kur, belongs to much older myths.

She’s had very bad luck with men. Gugalanna died fighting Gilgamesh, that may have been a good relationship, but there wasn’t much in the way of love letters between them. Enlil is listed as her consort, at least briefly, but it doesn’t last (in hindsight, I don’t know if it was a particularly abusive relationship or not, but Enlil was pretty awful to his wife, Sud.)

There’s no known pictures of Erishkegal. If you made artwork of or worshipped a god, you might draw their attention. There was no good reason to do this with the goddess of the dead, which must have just sunk her further into the world of “literary background character.” Very sad 🙁 The “Goddess of the Night” relief may be of Erishkigal, but it may also be an image of Ishtaar/Inanna or Lillith. 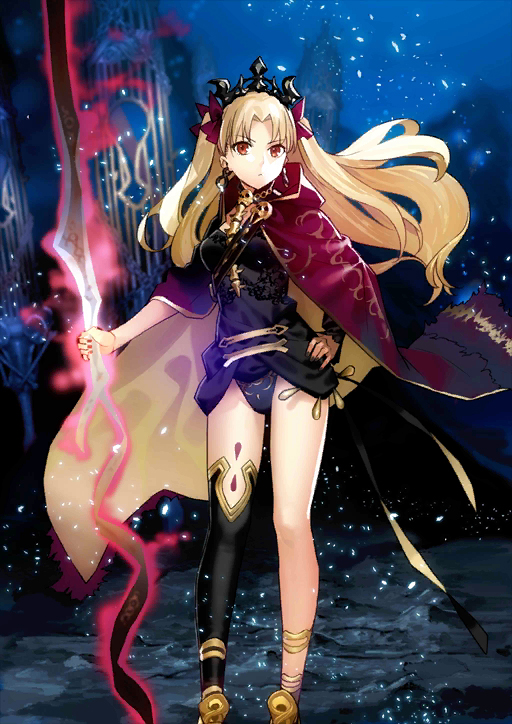 Ereshkigal as depicted in ancient Mesopotamian art. If you happen to find yourself with an unresolved Queen of the Dead crush, enjoy five or six minutes of EK and Ishtaar’s best anime moments.

This discussion of the “Queen of the Night” plaque says that Lilith is associated with owls, but a different kind of owl, and that Inanna is associated with lions generally, one lion specifically, but not multiple lions. The author leaves open the idea that this could be an image of Erishkegal, and lions are something impressive so a powerful goddess might be able to show her power by standing on them…but there’s no other images of EK to compare to, and it’s just unlikely that anyone would make an image of her. So, the jury is out on this one.

Was “Roman Holiday” inspired by the story of Erishkegal and Nergal’s courtship? You be the judge.

Nergal is a god of fire and sun, death, plague, war, and destruction. He seems to be a pretty major god as the mythology of Mesopotamia develops. He has a retinue of seven plague gods or plague demons, agents of destruction that served him.

One of his older names is “Meslamtaea,” one of twin underworld guardians who were associated with the constellation “Gemini.”

One of his many names, or alternate god-incarnations, is Resheph,  who is, in another incarnation, one of the destroying angels of of El/Jahweh…who also has a brother, Dever. This is at least a little bit interesting in termns of hell-studies because Resheph manages to sneak into the Egyptian pantheon later, and that general category of “angels of death” strongly feeds into the figure of Satan later on. I’d love to find a direct link between Nergal and Samael, the biggest angel of death (and another name of the devil), but beyond that they’re both plague/sun/war figures, I can’t find a direct line… -Jacob

But there is a direct line between another one of Nergal’s names–Erra Aplu–and the god Apollo. Neat! 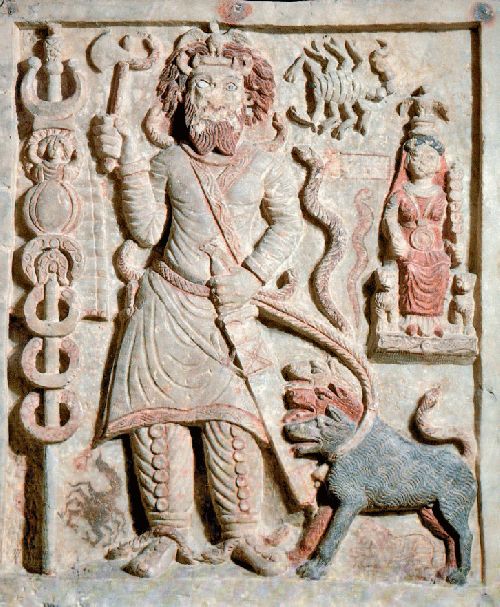 Nergal as not-a-lion. Is that a young Cerberus at right? 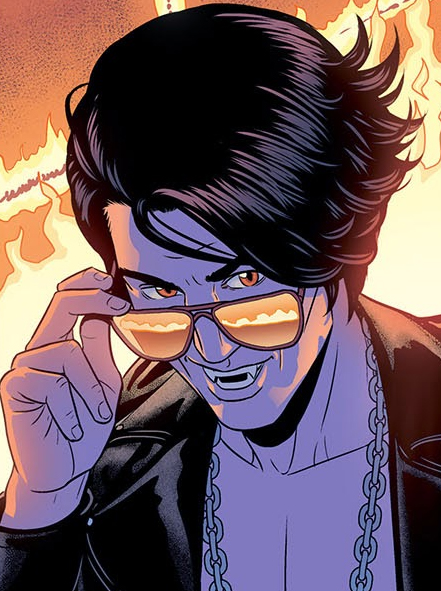 “Bahumut,” from Wicked and the Divine 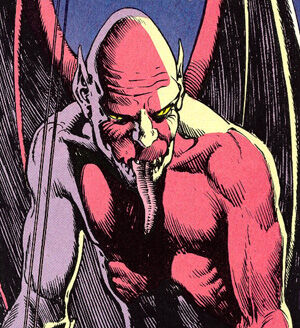 Nergal from “Grim Adventures of Billy and Mandy” 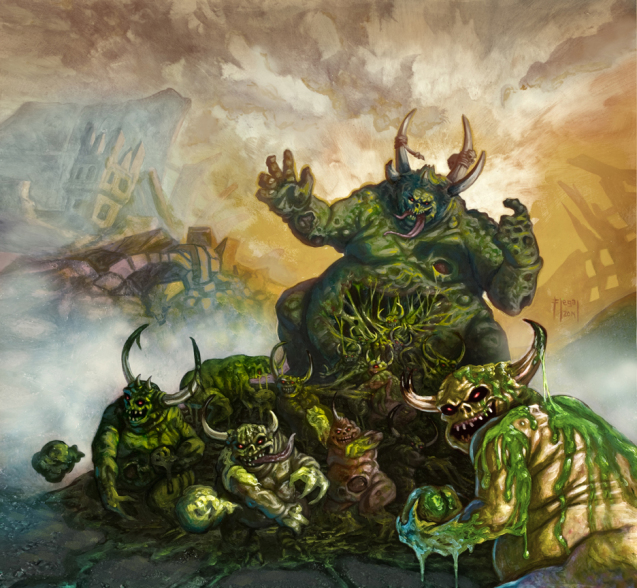 Unlike his spouse, Nergal got into pop culture and modern demonology in a pretty big way. In comics, he appears in Hellboy, fights both Doctor Fate and John Constantine in the DC universe, and he’s one of the reincarnated gods in the love letter to myth/pop, Wicked and the Divine. In RPGs he turns up in Warhammer 40K as the horrid lord of disease Nurgle (the much cooler Wic/Div version notes this, with disgust). He’s also incarnated as the god of destruction Nerull in D&D. There’s even a strange little callout from the world of Sailor Moon, where there’s a gender-swapped alternate Sailor Scout of Mars with the name Nergal…appropriate as Nergal is associated with Mars.  And in demonology, De Plancy lists him as the head of Hell’s secret police. Quite a career!

Who is Mot? Mot is generally the personification of death itself. There’s some loose threads that tie him to Pluto and Hades down the road, but by and large, he’s not a member of the Mesopotamian pantheon (because he’s a demon or monster, not a god). Sometimes he’s the enemy of Baal. Like Nergal, he’s sometimes associated with the summer heat and drought.

We should probably get back to Mot in the “demons” episode next week. 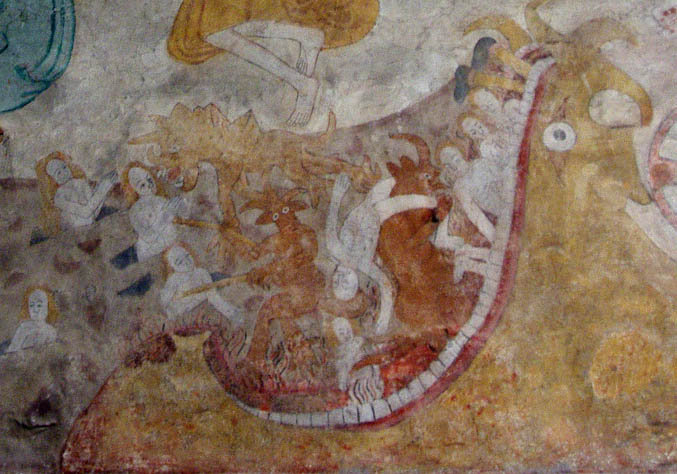