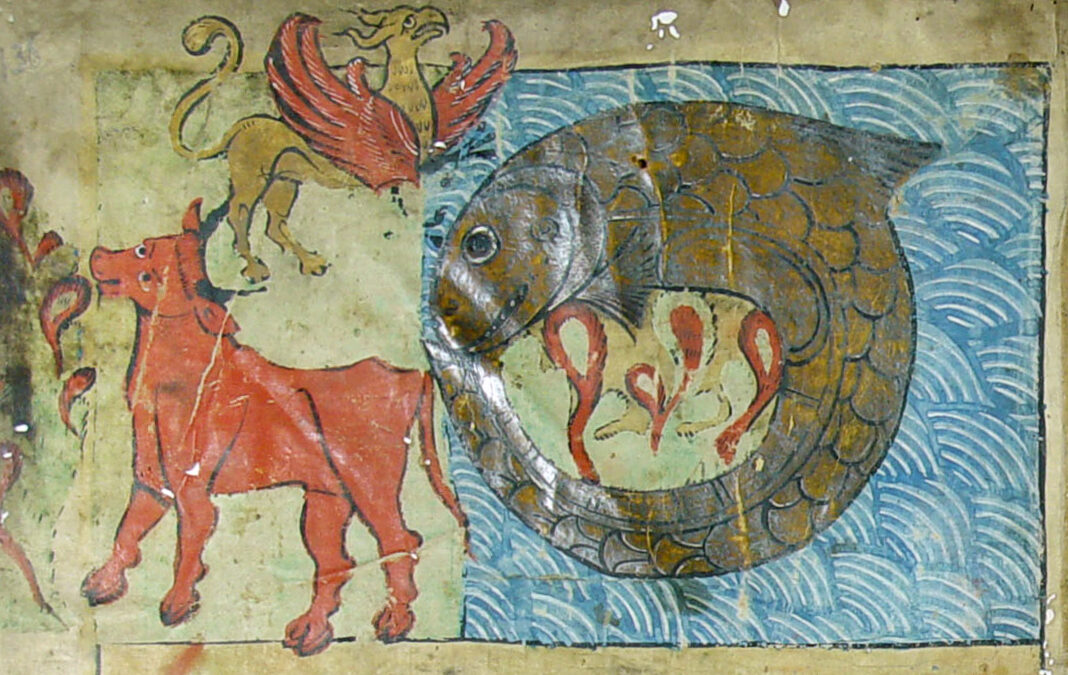 Leviathan hasn’t made an appearance yet or been specifically mentioned, but since Helluva Boss seems to be following Binsfeld’s Classification of Demons, it’s likely that she rules a low level of hell. Some concept art from Helluva Boss shows aquatic demons, which likely originate from her realm. 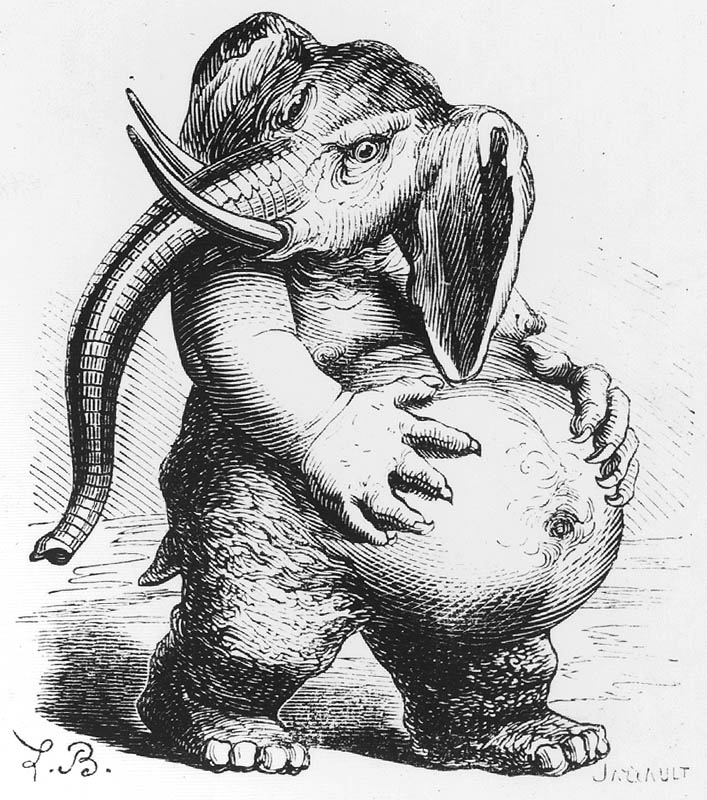 Leviathan: A great whale or sea dragon. “His back is made of rows of shields…his sneezings flash forth lgiht. Sparks of fire leap forth, in his neck abides strength, and terror dances before him.”

Behemoth is a huge land beast, likely modelled on an elephant, “his tail stiff like a cedar, the sinews of his thighs are knit togther, his bones are tubes of bronze, his limbs like bars of ion.”

Leviathan is a part of a trio of great elemental beasts, along with Behemoth (a land beast) and the Ziz (a great bird). In the bible, Leviathan is a beast, and including her as one of the Seven Deadlies is odd. Thomas Aquinas associated Leviathan with the sin of Envy, possibly because Leviathan had come to be associated with the hellmouth, the first torment of Hell to face sinners, and Aquinas seems to say that Envy is a powerful sin in consuming people. Binsfeld (1580ish) named Leviathan the prince/ss of envy, and it stuck.

It seems likely that Leviathan originated in Tiamat, the primordial sea goddess, and could have been the princess of envy. However, god slew the female Leviathan so they wouldn’t breed and overcrowd the earth. Future plot point: at the end of the world the male Leviathan will be served to the blessed in some sort of monumental fish fry, and that’s good eating.

Leviathan’s relationship with the great beast Behemoth is unclear, the frequently oppose each other.

There’s less to say about Behemoth, he’s a huge and powerful beast, impossible to imprison, part ox and part elephant. Bellanger suggests that Behemoth may have been inspired by the Mesopotamian Bull of Heaven Gugalanna, who played a major role in the Epic of Gilgamesh and was possibly married to the queen of the land of the dead (it’s confusing). The quirky demonologist Berbiguar assigns him the rank of Grand Cup Bearer,” insert “bull in a china shop” joke here.