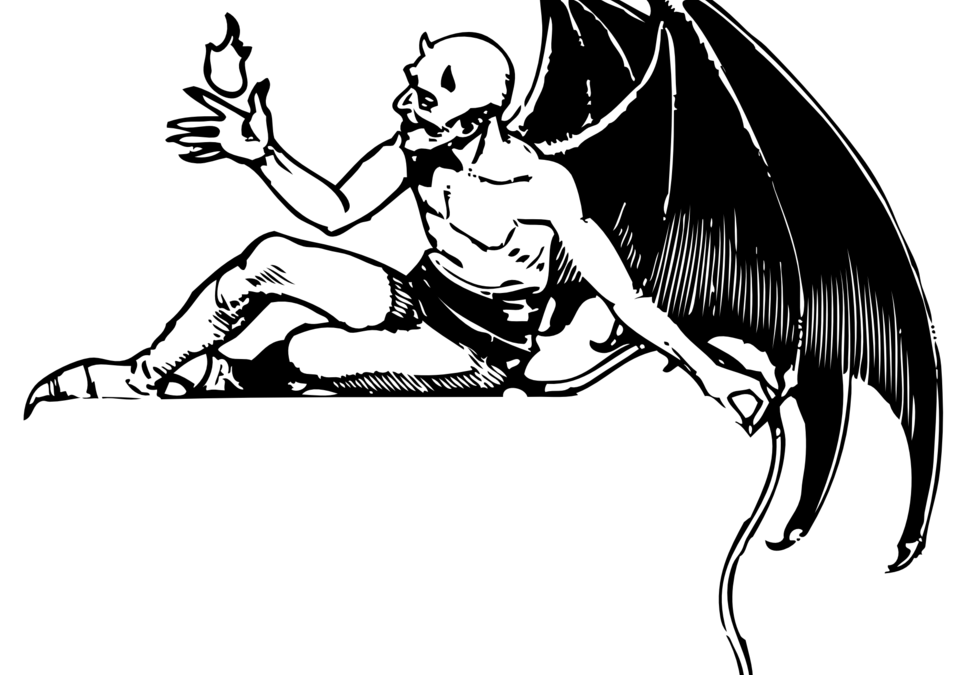 Chief of the Eunuchs

A brief history on this one, who has some gender complications in their background. Sukkoth-Benoth gets a mention alongside Nergal, Adramellech, and a few others in 2 Kings 18:11, in a story about a bunch of Samarian/Babylonian tribes being resettled. According to the Dictionary of Deities and Demons of the Bible, “Bennoth” is an aspect of the god Marduk’s girlfriend, and Sukkoth likely comes from another Mesopotamian deity. The name has been translated as something like “a place for booths for prostitution/Babylonian worship,” and it’s probably significant that that last pair is linguistically linked. While a specific deity with this name hasn’t yet been identified, it may have been a title associated with a mother-goddess of some sort.

A.E. Waite lists the following hierarchy of Hell, in “The Book of Ceremonial Magic” (1898-ish), which Bellanger notes was influenced by the earlier works of eccentric demonologist Charles Berbiguier, and is unusually quirky.

“Chief Eunuch” is an odd title for a 19th century court. The most common read on that title would be a man who was castrated and then oversaw the household affairs of a noble, but to some degree the title of “eunuch” was generalized to be any high-level household servant of a lord (like the title “chamberlain”). Since no one goes into detail on what Succor-Benoth actually did, it may be that SB was a general-purpose servant of Proserpine’s household, with the associations of physical emasculation or just general desexualization (the term was sometimes used for celibates) SB might have been the leader of a host of odd-job demons, without identity and certainly without gender, though SB themselves could have been castrated, otherwise neuter, something on the GLBT/Queer spectrum, or asexual, and each of those would have fit some meaning of the word.

Personally, with Proserpine identified as the princess of mischievous spirits, the most fun read for SB would be as Proserpine’s catty, apparently harmless, gay boyfriend/bestie.