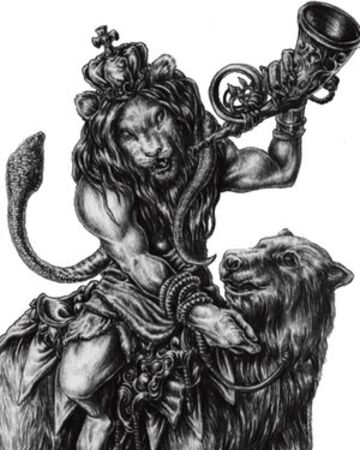 finding treasures, past/present/future, creation of the world (the usual stuff) 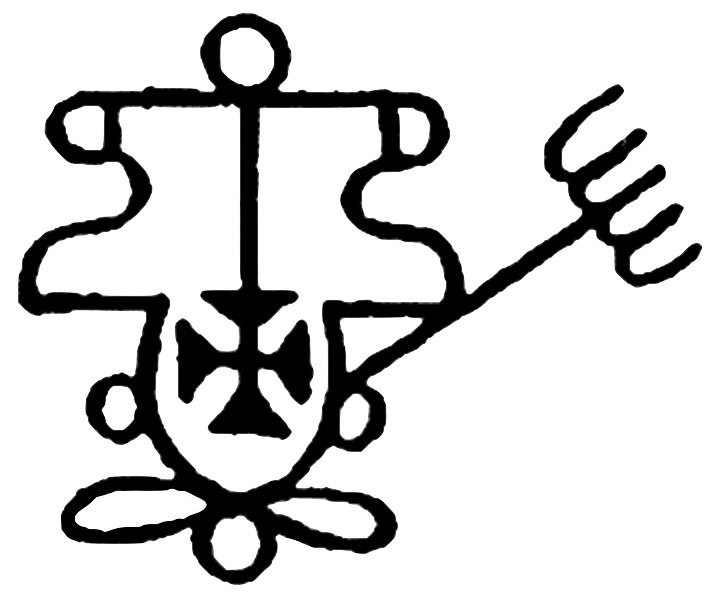 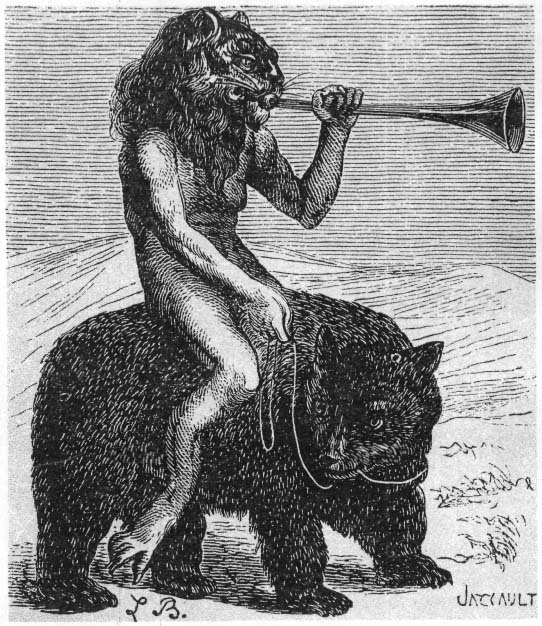 Fairly typical man with lion’s head or face. Usually riding on a giant bear and carrying a viper, similar to Vine in some ways. Fond of big entrances, Purson is preceeded by a fanfare of trumpets, or even 40 heralds and minstrels to play him in. While he usually appears in in the somewhat awkward form of “lion riding bear,” he can take on an airy form, though the fine details are not recorded.

The quirky Book of Oberon says of Fersone, likely the same creature, that his cost for his services is extremely high: he demands the offering of a brazen and shameless maid (given how common virgin-based requirements are, this is unusual.) Bellanger notes that “…the text does not elaborate on what the demon will do to her if offered to him.”

Minor note, not only does he find treasure, but also hides it. That’s fun!

The Book of Oberon also mentions Corsone, who is likewise “lion, man, viper,” although he is also wearing a diadem (a jeweled crown). This version is “earthly,” and can manifest a solid body in the material world! Grimoires often create similar versions of the same spirit, this one is given a slightly different rank (count or earl) but can find buried treasure, and is likely the same spirit.