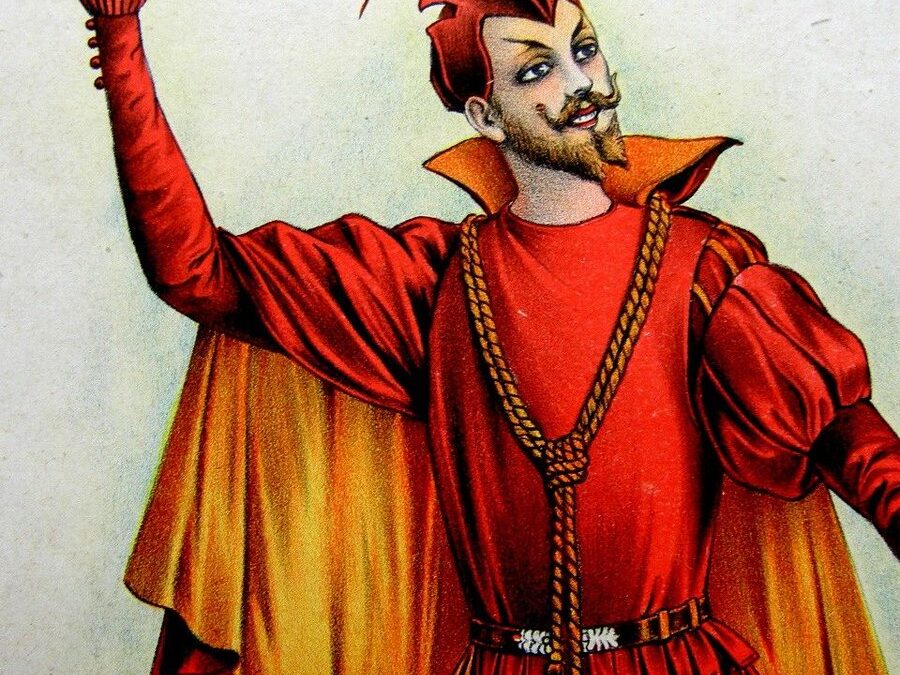 Everywhere, for hell is right here, nor have we left it

Strongly associated with the dapper and fey devil in red tights, as this was one of his most famous stage incarnation

While it’s not the strongest of the Devil’s many faces, in his brief life, Mephistopheles has become synonymous with Lucifer and Satan. However, he’s very young, he’s barely older than the turn of the 1600s. His background is the stage, and while he’s seductive, he’s also flashy and colorful.

Mephistopheles is also subtle, and very personal. In his story, he is called by Dr. Faustus, who, in summoning a demon, is at least 3/4 hellbound. Mephistopheles spends much of the play gently steering Faustus, encouraging his darker behavior, flattering him, and keeping him turned away from the light.

In his massive four-volume series of the evolution of Satan, Jeffrey Burton Russell uses each volume to discuss the question of the personification of evil in a given time. V1 is simply “The Devil.” V2, the early church’s evolution, is called “Satan.” The middle ages is “Lucifer,” and the fourth volume, covering broadly the modern period (modern as defined as “after 1600”), he titles “Mephistopheles.” The devil of the 18th-21st century is not a dark overlord, he’s more the devil of Baudelaire’s line: “The devil’s cleverest wile is to make men believe he does not exist.”  Mephistopheles fits this period well: he doesn’t terrify, he doesn’t possess, he doesn’t destroy, he just sweeps the path of corruption that we’re already on and removes obstacles and distractions.