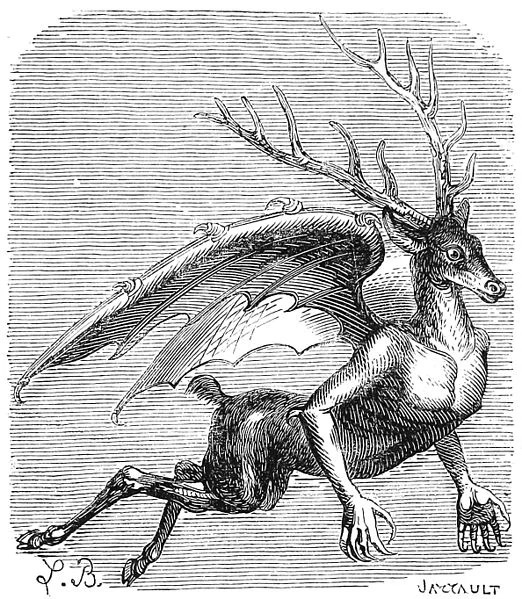 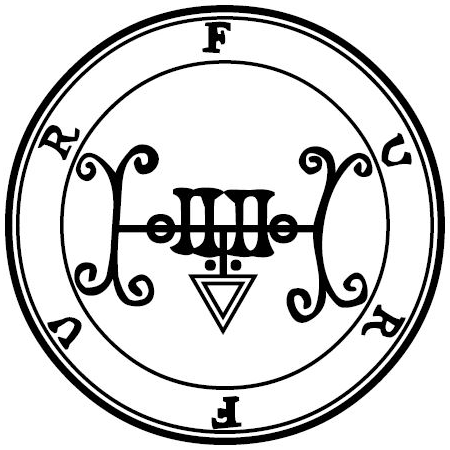 A stag with a fiery tail, sometimes shown with wings

Furfur is loud: a creature of thunder, lightning, wind and storms, and he tends to shout (he’s described as having a hoarse or raucous voice). He’s got something of a dual nature: outside of a summoner’s triangle he looks like flying, flaming venison and lies constantly. Inside the circle he’s truthful, knows a number of secret and divine things, and either takes the form of, or is, an angel. There’s an interesting dualism there. Stags are often seen as death/rebirth figures, it seems unlikely that his angel form is tied to this, but one could make a case. He’s one of those rare love-spell demons that specifically creates love between a man and his wife. In the grimoire Pseudomonarchia Daemonum this power is described as  “[he] willinglie maketh love betweene man and wife”, which could be kind of hot, but his horns might get kind of pokey to whoever ends up being the biggest spoon.. Furfur is a fallen angel, possibly, though since he can take the form of an angel, maybe he’s an edge case. In Steve Jackson Games’ satirical heaven-and-hell role-playing game In Nomine, Furfur turns up on the streets of Austin, Texas in Night Music as the Demon Prince of Hardcore.