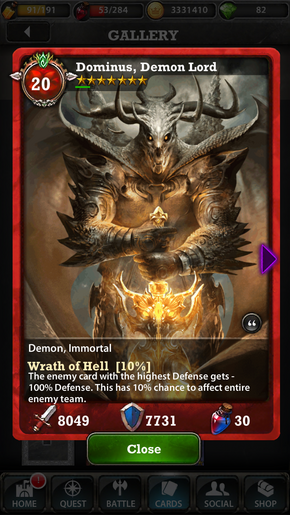 The Lord of Torments

Likely when Jupiter is visible or prominent

Noe easily available, Bellanger suggests that he’s an element in a spell rather than a creature with his own lore.

Many entries in the grimoires are concerned with winning love, influencing others, and controlling women. At best love spells are ethically dubious. Dominus Penarum’s approach is unusually dark. His spell is tied to Jupiter, with all of its associations of control and kingship. The spell (and Dominus, Marastac, and Aycolaytoum seem to only exist in this spell) operates more like a typical demonic binding, breaking the will of the victim, and forcing her to serve the spell-caster or be tormented until she relents. If this is the “worst” conception of a love spell or simply an honest example of that kind of magic, hard to say.