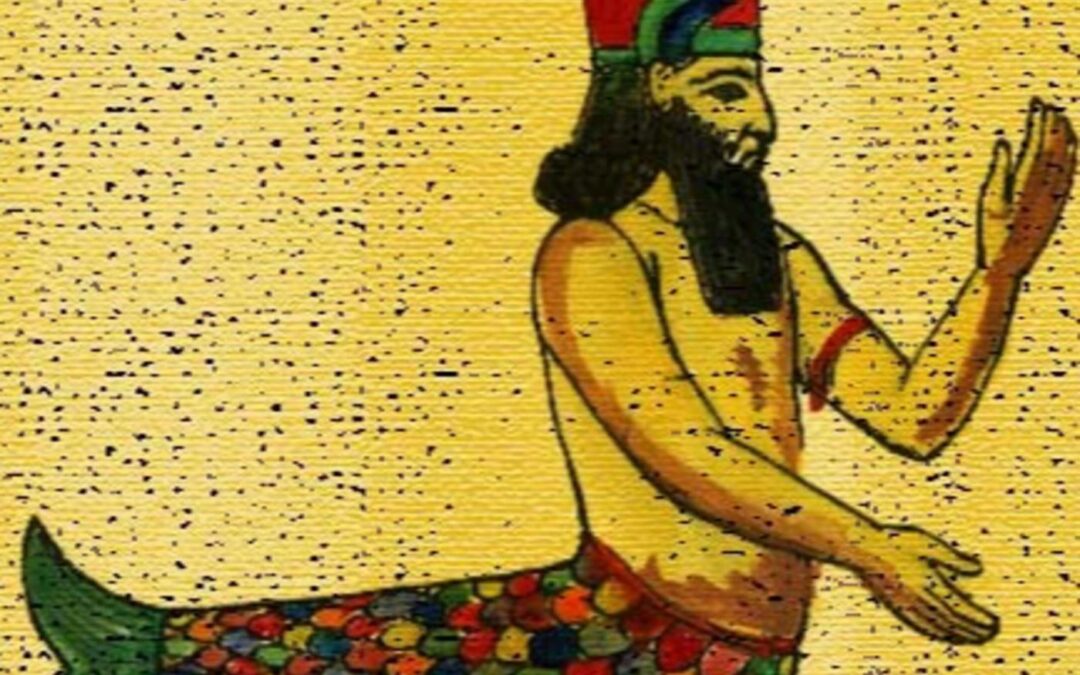 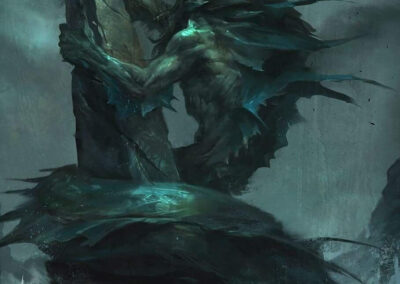 Any earlier depiction of Dagon has almost certainly been eclipsed by D’s role in the H.P. Lovecraft mythos and its various echoes in the role-playing game industry and modern speculative fiction. There, Dagon is (briefly) an ancient evil that is either the oldest and largest member of a race of nasty fish-human-hybrid monsters, or the deity of same, or both. If the idea of old deities and demons reawakened and transformed by modern attention appeals to you, he’s an interesting case study.

Originally, he was an all-purpose Mesopotamian deity from before 2000 BCE, though never a major one. He was probably initially an all-purpose creator god, then a fertility, grain/harvest, and storm god, and in some versions father to Ba’al, although ultimately he was eclipsed by Ba’al (as a fertility god) and El (as a creator god) and faded into obscurity. The “fish” aspect isn’t really supported. He gets a few mentions in the bible, and like so many Mesopotamian deities that were rivals to Jahweh, was demonized in Jewish mythology.

The “Fish” connection is not historical, probably derived from some dubious etymology and being associated with Odakon. But it stuck and may be a part of Dagon’s identity in the modern world.

In the eccentric French self-appointed demonologist Berbiguer’s world, Dagon is assigned the role of “pantler” in Satan’s household, which was modelled after the French court and has many similar oddball titles. Johan Weyer (1500s) assigns him to Nergal in his secret police, and also associates him with Zagan (Goetia #61), which is a significant raise in his title. 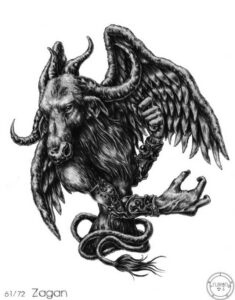