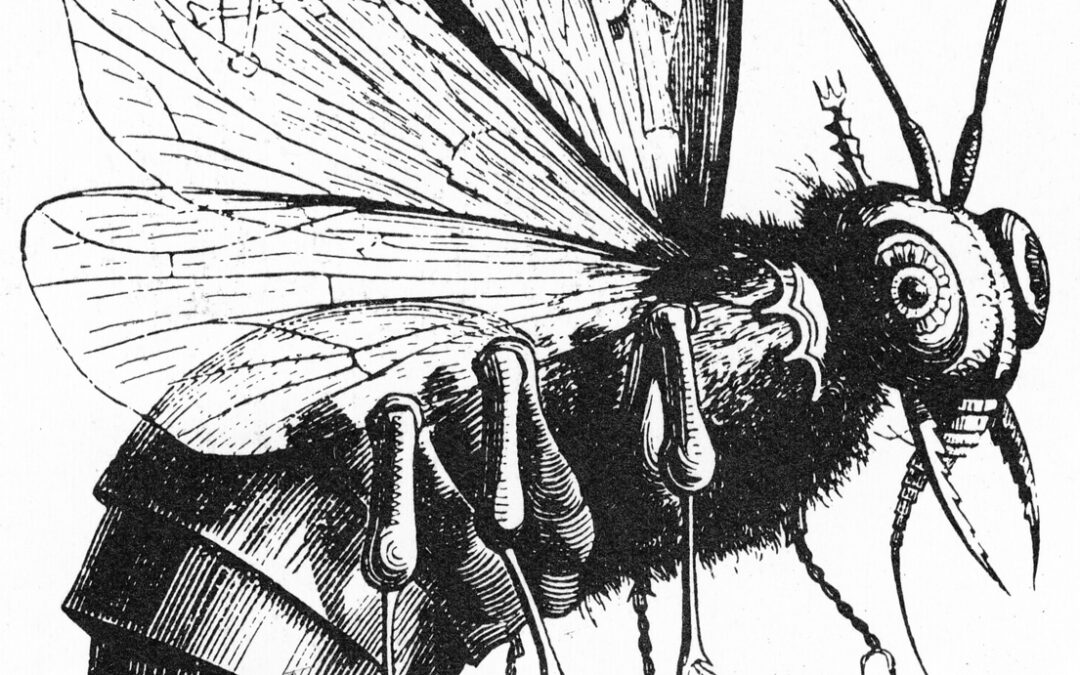 Lord of the Flies

Second to Lucifer, OR regent of Hell

When he’s described at all, either a monstrouls creature on a large thrown, with a swollen face and a wild assortment of animal parts (see “occult world“) Or, obviously, a giant fly.

Beelzebub is an excellent demonification story. Originally, he was one of many Ba’al deities, Ba’al is one of the big Mesopotamian gods, and as Yahweh came into his own as the head of a religion, Ba’al was one of his rivals…likely the reason so many demons have “baal, beel, ba’el, bel” in their names. Anyway, Ba’al was likely Ba’al  Zebul, “lord of the great hall” or “lord of heavens.” But the Jewish people threw some very successful shade on him, and his name changed to “ba’al zebul,” or “lord of the dungheap” or “flies.” Classic.

While he’s occasionally head of Hell’s secret police (thank you, Berbiguer), his highest position is King of Hell–or technically Regent of Hell. In the Testament of Nicodemus, when Jesus storms the gates of Hell, Beelzebub is very quick to shove Satan out the gate and under Jesus’s feet. Because of this act of service, or self-service, Jesus named Beelzebub lord of Hell until such time as the Millenium rolled around and the Book of Revelations started happening all over the place.

Johann Weyer says that Beelzebub succesfully led a revolt against the Devil (which devil, one wonders), and is now Lucifer’s chief lieutenant and presides over “The Order of the Fly.”