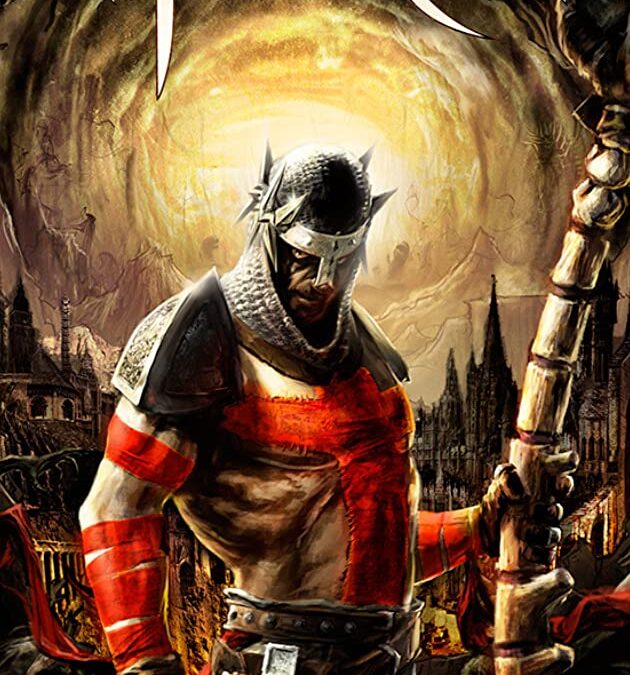 On our to-do list, probably at the same time as the 2010 anime-action film.

Dante, a Knight Templar, returns from the crusade to find his house destroyed. He follows his fiancee Beatrice into hell, and fights a lot of things, leading up to the epic confrontation with Lucifer and setting up a sequel which doesn’t seem likely.

While this isn’t technically a “movie,” the cut scenes and important sequences are at least an hour and a half of animation (a longer version at 3.5 hours here), and distinct from the anime in its own ways, so it seems worth including.

Noteworthy, there’s been talk for quite some time about a live-action movie adaptation directed by Fede Alvarez, but there hasn’t been any movement on that since 2016, and with the studio that developed the game shut down, it seems unlikely that there’d be a push for this one.

We haven’t seen the full “movie” yet. However, Jacob was impressed by the scale of the purple penis mountain in the “lust” sequence. Definitely in the top five there. Overall, it’s exactly what it says on the box: Inferno for late teen gamers. More once we’ve seen the movie cut play through.

“Based on.” There’s a huge number of liberties taken to translate the somber middle-aged poet into a rock-em-sock-em action hero.

That said, its faithfulness level increases 20% if you get the “Florentine Costume” download.

This is not really applicable, as the game is about playability, obviously. Reviews suggest that it’s visually impressive, and its literary base marks it as something that stands out, but its game play is unoriginal and the game is maybe more lurid than effective at times. This one seems to be a “C” or “C+” pretty consistently.