Ep. 46 – Hellbabies I: Those Damned Kids 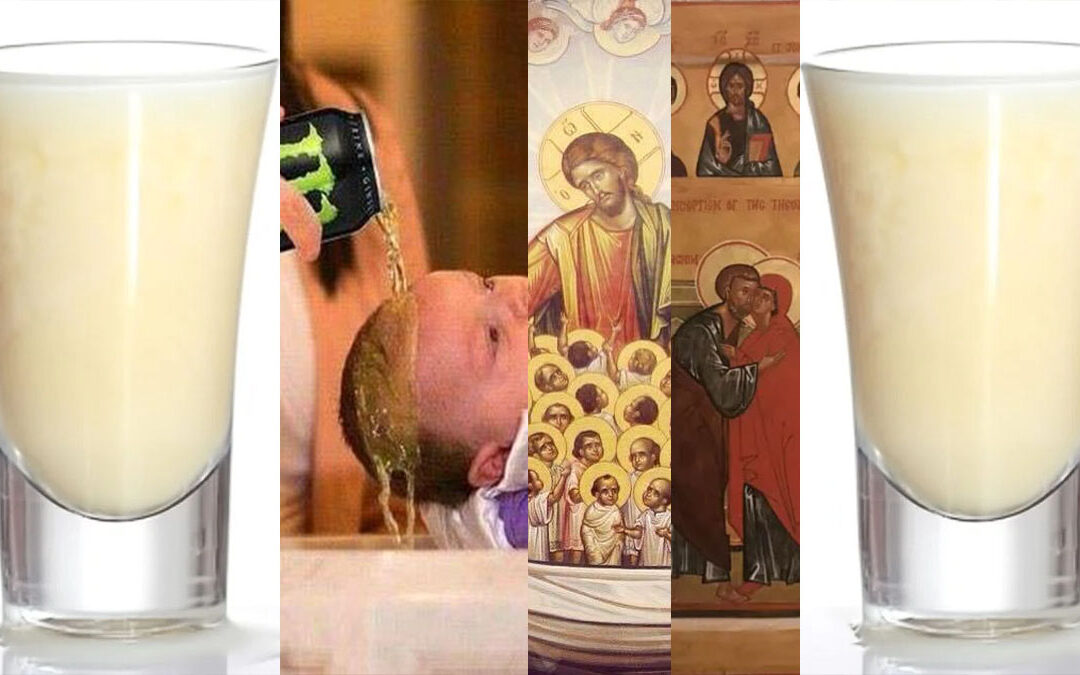 This time on the merry-go-round we discuss abortion, infanticide, damnation, a variety of torments (many of which involve babies), menstruation, lactation, rape, and church history (and its overlap on the prior.)

This episode wasn’t meant as a commentary on the current political horror show around women’s reproductive rights, although we do absolutely agree that control over a woman’s body is, really world, the woman’s only. This episode had been simmering in the background for over a year, but it does seem more relevant now, and it’s definitely a post-Roe episode. So add “politics” to the trigger warning list as well. And mansplaining. Victoria, if you’re reading this, Jacob says he’s sorry. But truly, we meant to have fun with this topic. And still do. Jacob edited out a lot of rough pauses and frustration, but the frustration is still here, really. Have some drinks!

Jamin made this absolutely fantastic layered Japanese hot pot, a “mille-feuille nabe.” Delicious! Pretty! Eaten! To learn more about the metrics of goldschlager, and discover the wonders of cornschlager, checkout Cockeyed.com, “How Much Gold Is Inside a Bottle of Goldschlager?” 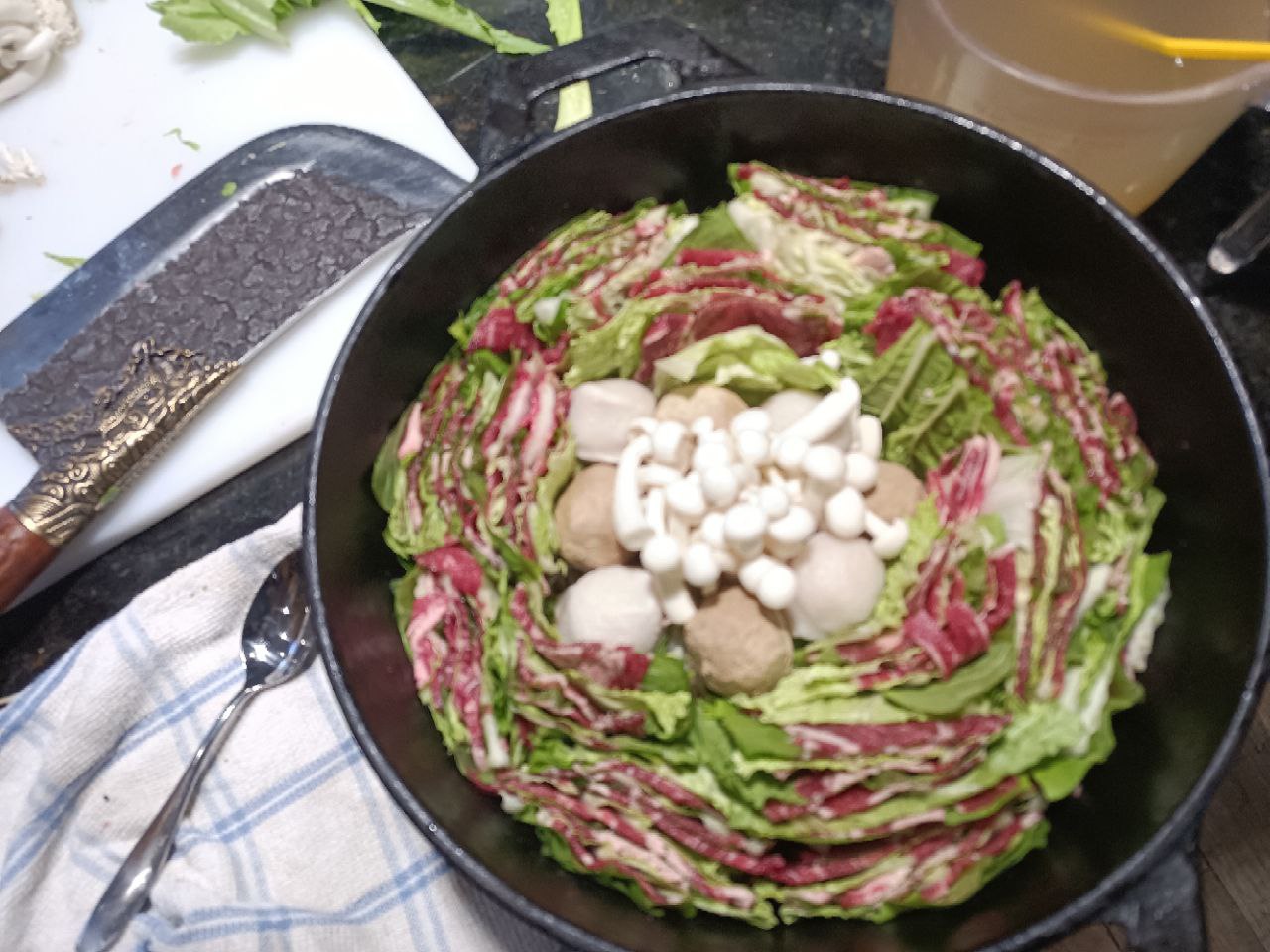 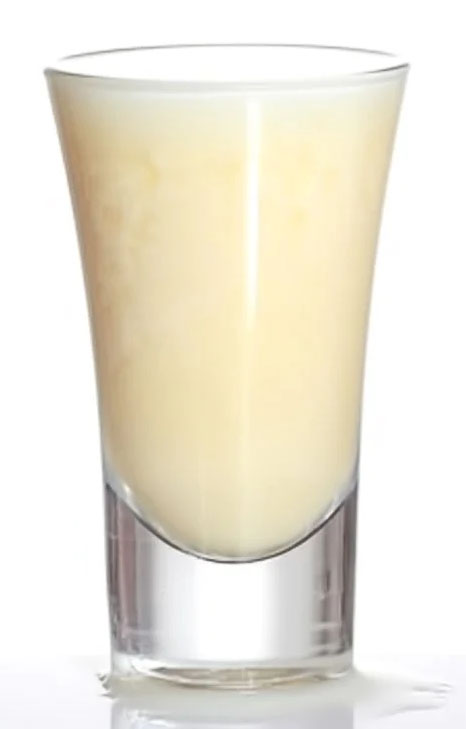 Meanwhile, on NPR…we wouldn’t send you to Fox…an Arizona priest misbaptises a few thousand babies. Apparently he said “we baptize you in the name of…” instead lf “I baptize you.” We think this is quite silly and pointlessly stress-inducing. We definitely think that God doesn’t care, in this instance. Anyway. Baptism. It’s what babies crave.

Do you remember 2 Live Jews? No? Maybe it’s before your time.

We’re all over the place in this episode, so I’ll just list out some of the resources we draw from.

Hell Hath No Fury: Gender, Disability, and the Invention of Damned Bodies in Early Christian Literature by Meghan R. Henning. Follow her on Twitter!

The Hope of Salvation for Infants who Die Without Being Baptized, which was given the holy “thumbs up” Jan 19, 2007. A very detailed breakdown of infant damnation and salvation across the history of the Catholic church, ending in some very positive notes.

The Sibylline Oracles: (wiki) (translation) A loose collection of scrolls allegedly written by the Sibylline priestesses, and perhaps there’s some of that…the versions we have are later versions and likely heavily editorialized by Jewish and Christian writers.

The Damnable Doctrine of Infant Damnation: From the Idol Killer blog, a Christian collection of articles and videos taking apart some of Christianity’s legacy of bad ideas. That seems like a good cause.

The Apocalypse of Ezra: (wiki) (translation?)

The Arda Viraf (wiki) (translation) – a Persian 9th-ish century text that predates Dante by quite some time, with very detailed and frequently horrific hell moments.

On the Immaculate Conception: It’s probably not a secret, but not everyone follows the Catholic feast day calendar: Mary was free from Original Sin when she was born. It’s actually heresy to say otherwise. There’s not an ounce of scripture that substantiates this, it’s very after-the-fact folk theology, but there you go. Anyway, play some funky music and revel in the sensuality of the image at right/below.

Sometimes the devil quotes scripture. But he probably chooses his verses carefully.

Numbers 8, 1-2: The Lord said to Moses, “Speak to Aaron and say to him, ‘When you set up the seven lamps, they are to light the area in front of the lampstand.”

Isaiah 16:11: Wherefore my bowels shall sound like a harp for Moab, and mine inward parts for Kirharesh. 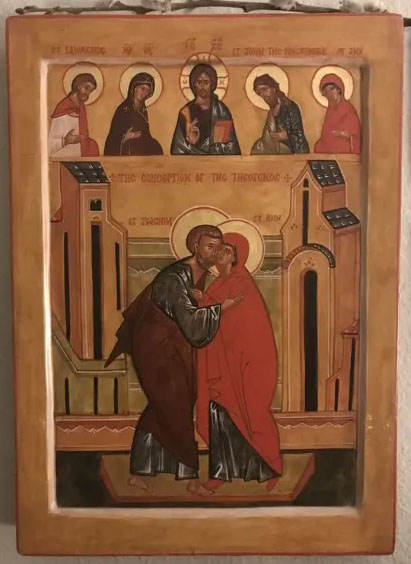