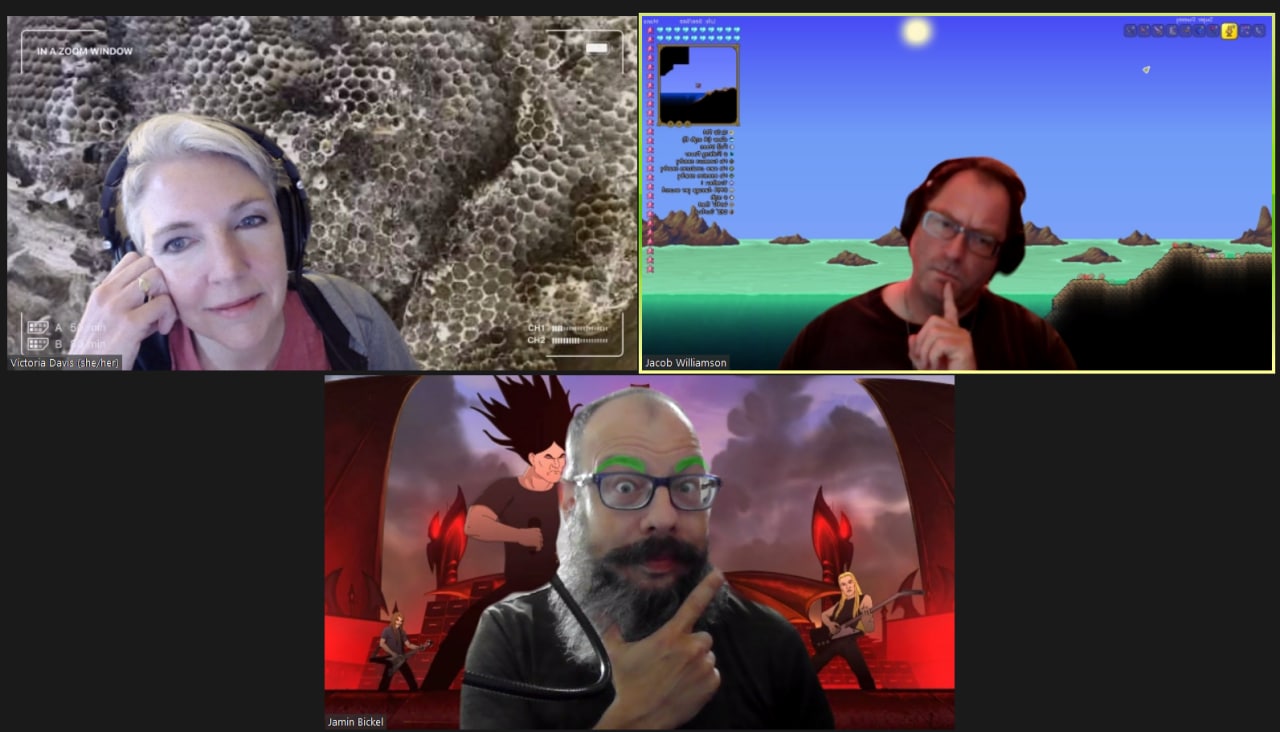 So we really wanted this to be Episode #42, for the Douglas Adams “answers to the ultimate questions” angle. But timing and real life interfered. Anyway! What we’ve learned: a free-form episode with questions from our friends makes us even more self-indulgent and rambling than our usual format, if that’s not too strong a word. We hope you enjoy, though!

Gwendoline Christie looks pretty fabulous as Lucifer. Catch a few brief seconds of her on the latest Netflix teaser.

Need your tarot fix? Check out Todd Alcott’s “Pulp Tarot” – a vintage mashup tarot loaded with vintage magazine art stylings. And if you can manage the preorder system, the mismatched Alleyman Tarot looks like a really cool tarot concept: cards from a variety of tarot decks, oracle decks, and a few random additions. A tarot pack with booster decks! 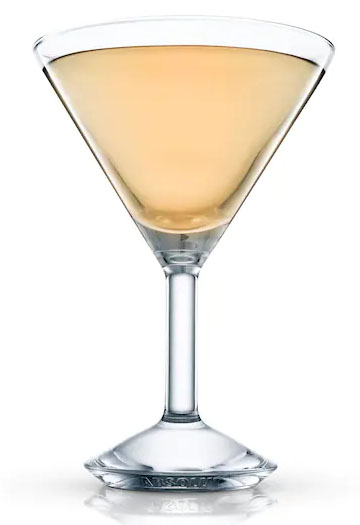 Satan’s Whiskers is an orange-and-vermouth cocktail often served in a coupe glass, which makes sense for the multiverse’s first rebel. With thanks to Absolut Drinks.

#1: Can I summon Leviathan in my Living Room?

We think not. There are some good suggestions for how to summon Leviathan in the ocean in the Calamity mod for Terraria, but this is probably not what the questioner meant. Or at least it’s not her living room. Amazon has a “how to summon Leviathan” book, but Jacob was too cheap, too lazy, or too cynical to get that one. And the Black Witch Coven has some suggetions for a ritual, which may be something you COULD perform in your living room, although a dedicated ritual space would probably help contact this powerful spirit.

If you didn’t make our “demonology for writers” panel at Havencon, we have a recording on youtube!

Callout to “Ghosted!” by Roz Drezfalez, a paranormal investigation/comedy/drag podcast romp with lots of celebrities and humor. Enjoy!

Joanna Ebenstein, the founder of Morbid Anatomy, asked this question during a long-winded digression from Jacob in one of her courses: what with all the demon-summoning, how could the authors of the various grimoires call themselves Christian?

The answer there is probably more complicated than a short silly response would allow. And a callout to Grimoires: A History of Magical Books. It seems like saints, angels, and demons were simply in the public imagination during the middle ages and Reformation period, and grimoires…magical textbooks, like “Better Homes and Gardens” for magicians…drew from them in a freeform manner, even calling in fairy names from time to time. And the language for exorcising a demon…which seems pretty safe from a Christian perspective…is the same language as commanding and binding demons.

Demons weren’t necessarily a hostile force bent on destroying mankind: until the Reformation (and even that isn’t a hard line) they were a part of God’s plan. One of the greatest known demon summoners was King Solomon, and his magic was divinely powered, worked through a ring given to him by St. Michael. As long as the ritualist worked carefully, demons were an occult force that could be used in service to humanity. No conflict there.

As Europe moved into the generally horrible 14th – 16th centuries, necromancy was seen as darker and less ambiguous: demons were evil, and the devil was not on God’s side anymore. It was more dangerous to own magical texts, but even then, most of them were owned and written by the clergy…not all, some were compiled by cunning men and folk practitioners.

I’ve never doubted the human mind’s ability to reconcile seeming contradictions if they’re self-serving and don’t cross any major ethical lines (says Jacob). Certainly little harmless spells like treasure-hunting and divination wouldn’t trigger any “maybe I’m evil” self-revelations. And with the later, more crazy sensational grimoires, which endlessly copied from earlier sources, the authors may not have believed in their own work, any more than someone selling a ghost-posessed crystal on Etsy does today. That’s perhaps cynical, but the belief in magic among the literary/academic class was definitely fading in the 16th-17th century, and late medievals were still human and still opportunistic. No change there. 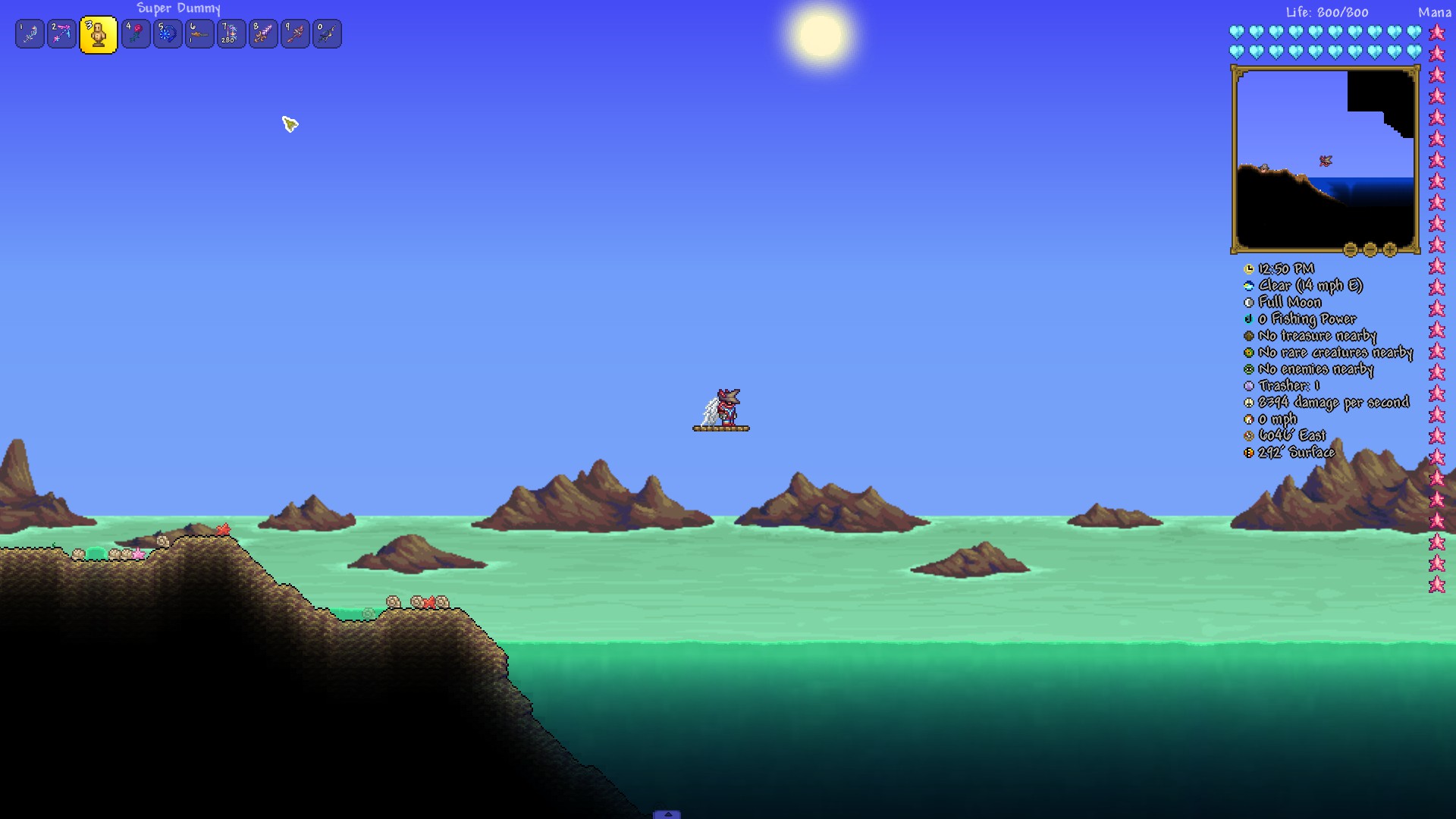 #3: What would Satan’s Favorite Drink be?

With thanks to Litaroo and the other good folks at the Southern Demonology podcast!

Here we got a little bit distracted and probably went in a random direction, Jacob had recently had his first and probaby last “Flamin’ Hot Mountain Dew” and was pretty sure that it would be Satan’s soda of choice. Victoria was sticking it out for Big Red, which is, in fairness, hellish. The jury is out.

We’re so happy to hear from Mark Scarbrough of Walking with Dante again! And intimidated, he’s probably done his medieval research… He threw out the topic of “how do we suffer pain in hell when our bodies are no longer with us?”

It seems like the theologians are very in the “have your cake and eat it too” camp here…not just on the idea that the bodies of the dead are ressurected, but that God is just and is only giving us the torments we’re asking for. Three out of three hosts agree, would prefer spicy mountain dew to iron-headed flaming worms. One out of three hosts is on the fence about being violated by seven devils, but presumably since this is Hell that’s not as fun as it was in the self-published book of the same name.

An article on the National Catholic Register digs into this issue, and suggests that ultimately the pains of hell are very real, because the body is resurrected along with the soul, whether you’re spending eternity in the presence of God, or tormenting yourself in hell. That article also goes out of its way to say that this particular version of god isn’t actually vindictive.

Why do we go down these rabbit holes? Why do you go with us? We hope you do, anyway. We don’t know.

Victoria and Jacob were both reminiscing over the 2004 Burger King “Subservient Chicken” add series, where, in a strange David Lynchian murder-room, webpage users made a chicken dance. Or pee. Or do a nazi salute. It’s strange, it frightened us. Viral internet horror marketing wasn’t a thing in 2004, but it was in 2005.

Anyway, there’s a lot of random material in the Subservient Chicken rabbit hole. Start with Wiki, then maybe watch a nice youtube documentary and the very strange official video, “Subservient Chicken Redemption: The Other Side of the Road.” Then go watch David Lynch’s “Rabbits” (complete video) and the banned murder room Calvin Klein ads. Then watch some videos of collies playing with smiling children just to convince yourself that there’s anything good left in the world. We don’t want to lose our listener.

Book callout! J. Simon Harris, whom we met during Infernovember last year, has recently published his translation of “Inferno“, now available on Amazon and presumably other places that aren’t Amazon! 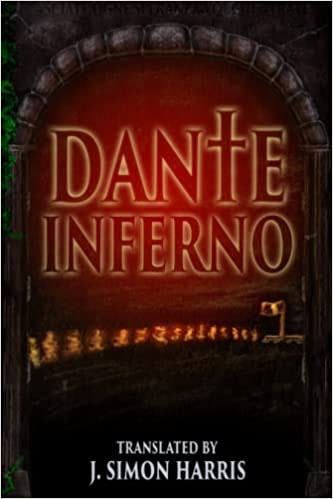 With thanks to John for this one. When one goes back far enough, Satan isn’t really a bad guy. Well, he is, but he’s a bad guy that’s a part of the divine plan. Jeffrey Burton Russell’s history of Satan and the personification of evil goes into great detail (check out either the full story in “Prince of Darkness: Radical Evil and the Power of Good in History” or the two earlier books in his four-volume series, “The Devil” and “Satan,” which cover the early history of the devil in more detail.) If you roll back far enough, Satan was on God’s staff, even if he wasn’t someone that anybody liked much.

A bit more on Jahweh’s consort, Asherah, when she made news in 2011.

#6: How can I perk up my Instagram with some memorable hell moments? On a budget?

Getting there is of course half the cost. Jacob recommends either the John Bosco method of falling asleep while teaching in a boy’s boarding school, or the reasonably affordable method outlined in Occultist.net. Note that if gas prices continue to increase this might not be affordable much longer, so ACT NOW. Vaseline does burn, but at a fairly high temperature, so it’s likely to catch on fire in Hell but seriously that’s not the biggest worry.

Vocabulary lesson: Vox.com’s article, “What is a VSCO Girl?“

Throw-away reference to Episode 38, Celtic Otherworlds, which we haven’t annotated at this point: St. Collen, one of the stodgier Irish saints, had a magical lily that bloomed when someone denied the virgin birth. Not a great magical item in combat, but fun at certain types of parties.

#7: Was the serpent in Hell a human snake?

Thank you, Kitty, for this question! We went around a few times trying to decide how to answer this one. Jacob thought that we should word-drop “euhemerism” into the mix, the idea that myths are sometimes/usually/always derived from real-world events, and suggested that the “civilizing the savage with sex” story of Shamhat in the Epic of Gilgamesh might be a good place to have a convincing real-world model for the serpent in the garden of Eden…assuming Shamhat is real or based on a real person, which is a bit of an assumption.

Victoria went on a dive into the word Nachesh, or roughly “serpent,” and how that word changed over time. Since the curse on the serpent was that it had to slither on the ground after the events of the Garden of Eden, then presumably it had legs, or at least a remarkable sense of balance, and may have been an entirely different creature. Excellent article here.