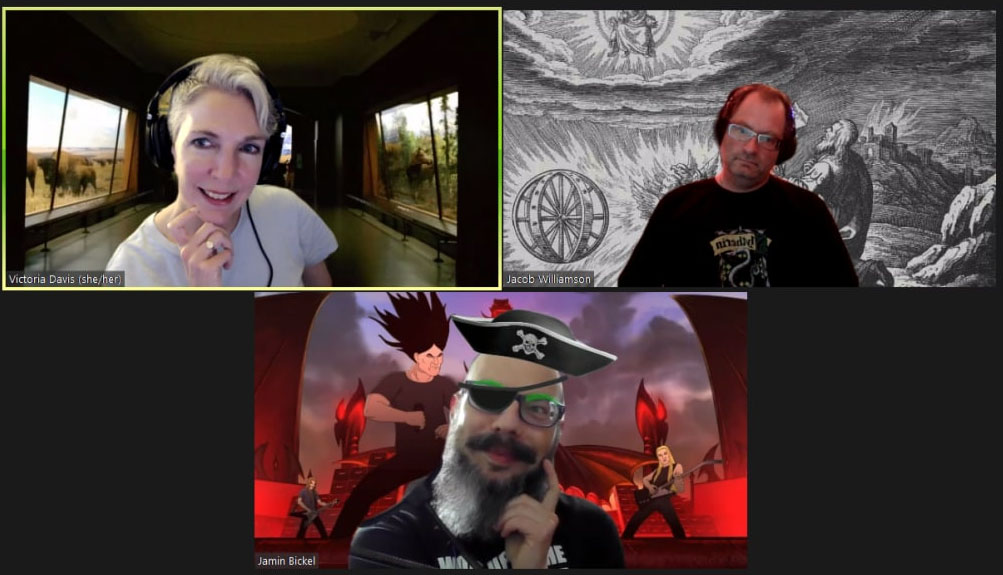 We’re continuing our St. Patricks’ Day episode well into April with part two of Celtic Myth and Underworld, focusing…for lack of a better word…on Divine-ish figures in the world of Celtic myth.

But first, we get distracted by a great many things! Like the JoCo cruise! This was a week-long geeky wonderland it was Victoria’s treat to experience, and she came back loaded with new craft ideas (which isn’t really what I would have expected from a cruise.) 2023 is already being booked and some options are already sold out!

Jacob, meanwhile, gave a talk about demonology at Texas Furry Fiesta. It was an “after dark” panel, so the kids were out, as was Pazuzu, but in a different sense of the world “out.” Victoria says Jacob looks like Charles Nelson Reilly. Jacob is not sure this is a good thing. Though…there are similarities. 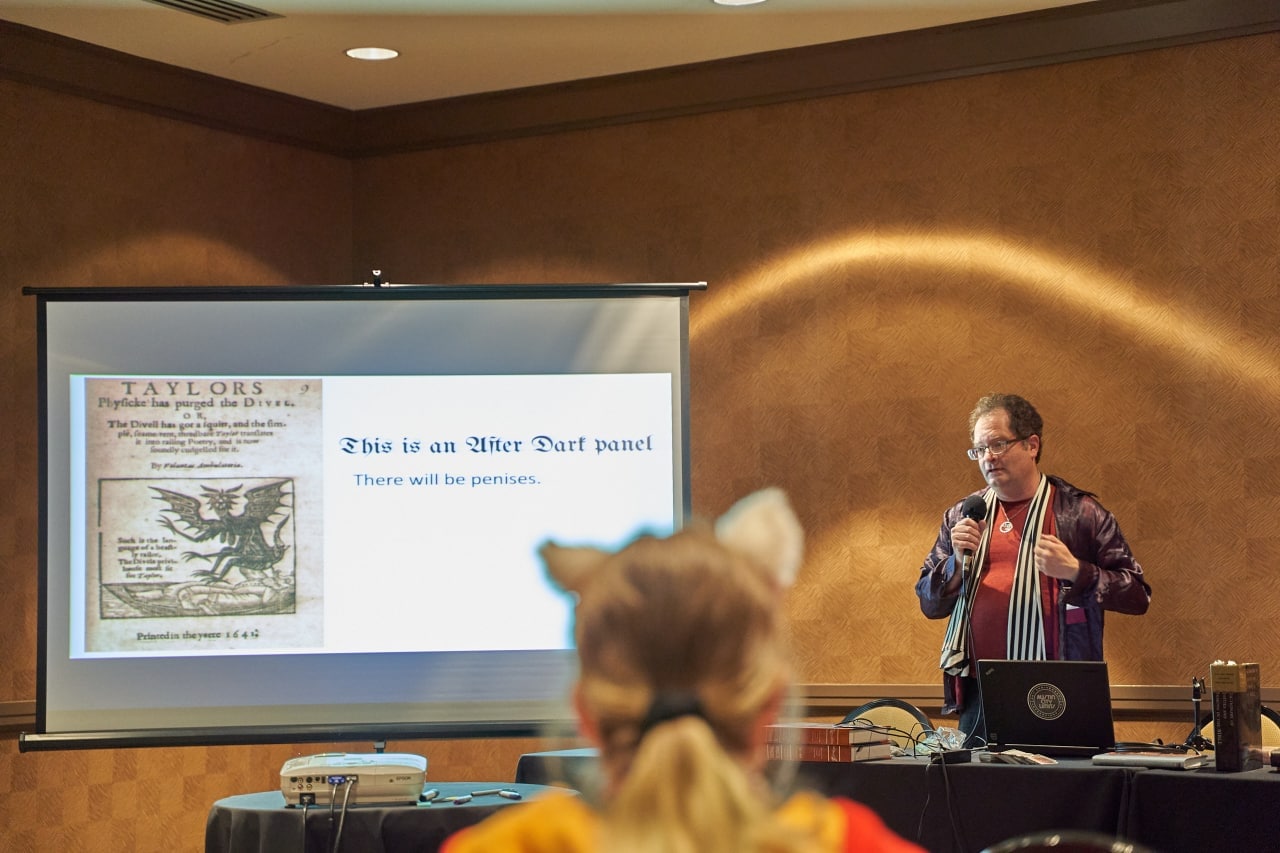 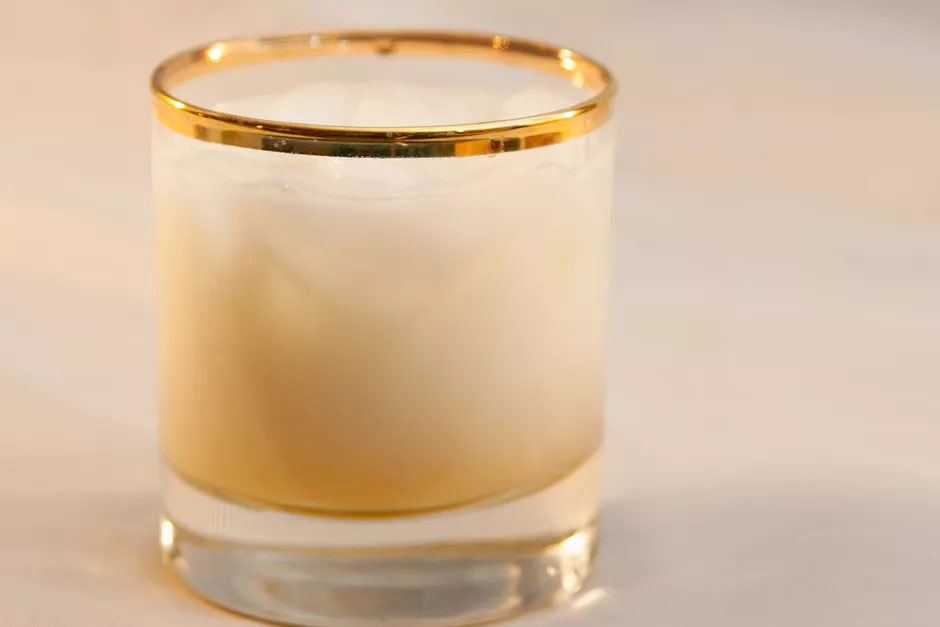 This week in hell news, “Japan’s Killing Stone Splits in Two:” a stone containing an ancient Kitsune fox demon broke in half, presumably releasing the demon. So, thank you for that, 2022. Also, you can buy, in a non-legally-binding sense of the word “buy,” a square inch of hell, in Hell, Michigan. 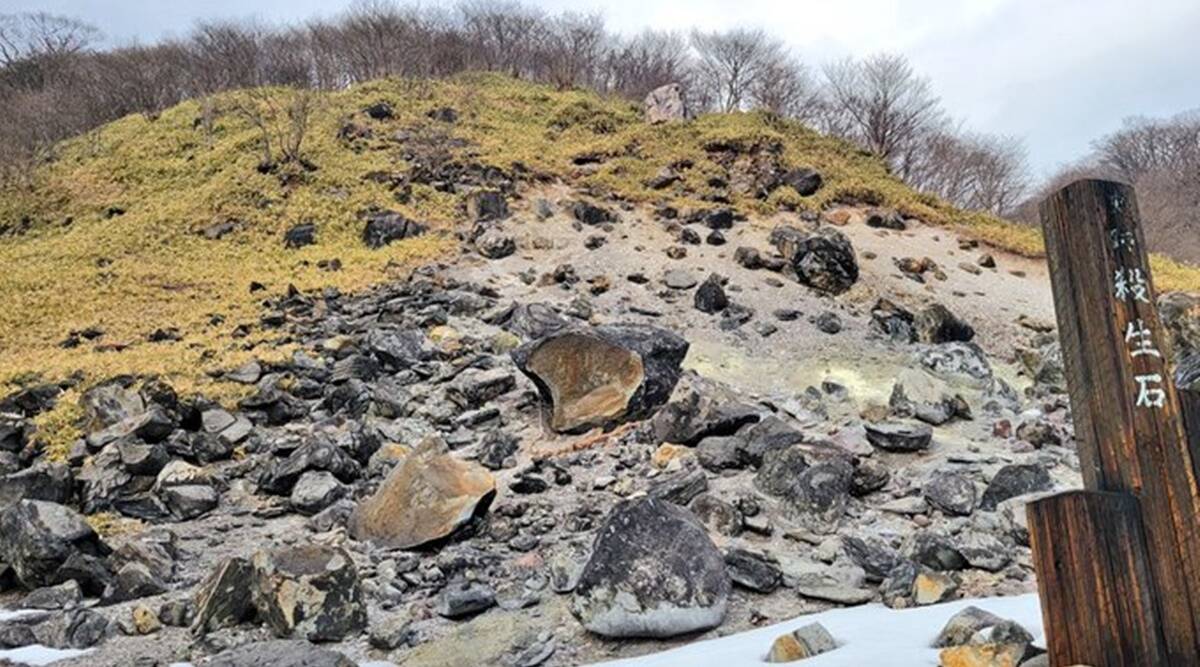 (wiki) We come back to Manannan several times through the episode. He’s a god of the sea and a member of the Tuatha de Danaan (about whom more later), and later, king of the Tuatha De when humans colonize the land later, in a sort of “Elven king of the West” that surely must have inspired Tolkein.

He was the proud owner of a crane-bag (a big bag of gifts and treasures), a sea-chariot, the Goblet of Truth, a little Tesla-style self-navigating boat, and all kinds of other good stuff.

He was, apparently, the first ruler of the Isle of Mann, which was named for him. As was, probably, Slamannan in Scotland, but that has a slightly more awesome name.

Jacob has been worrying about this for several days, and wish he’d managed to say “Mann’s Man’s Man, Mananann, the Mann Man.” 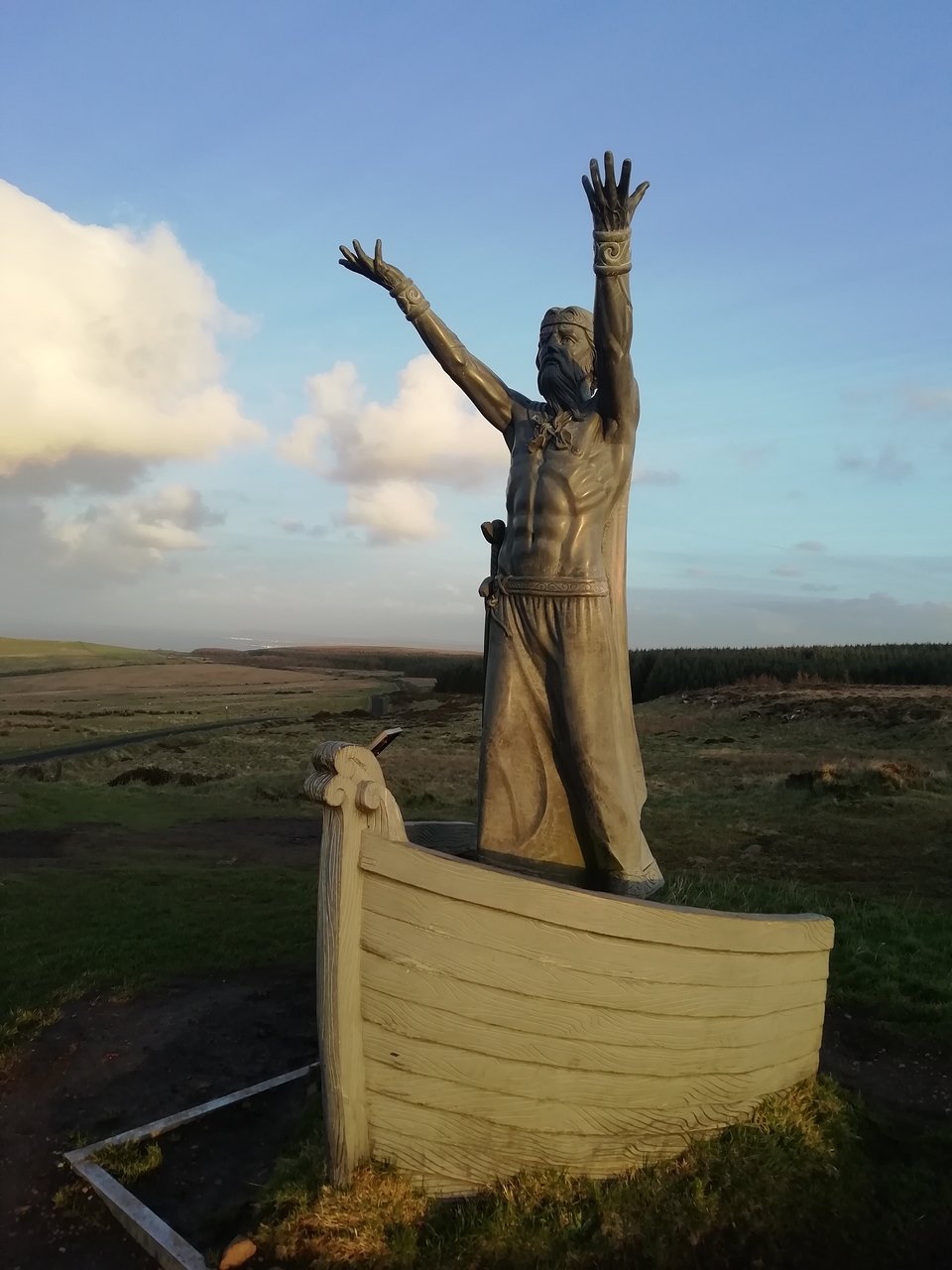 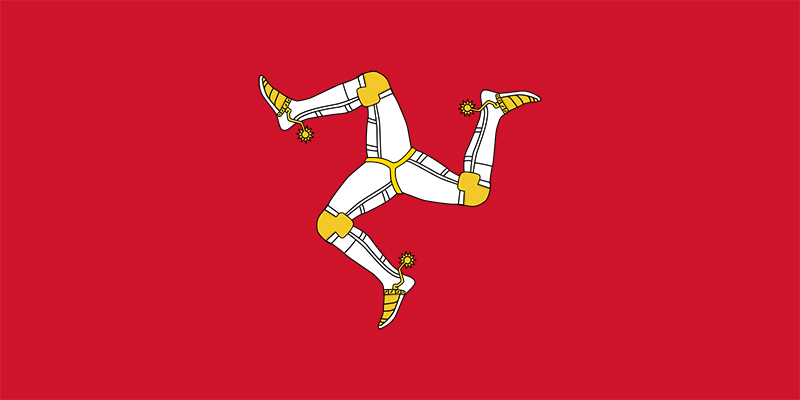 The flag of Isle of Man, featuring the arms of Mann, which are legs. We are so confused. 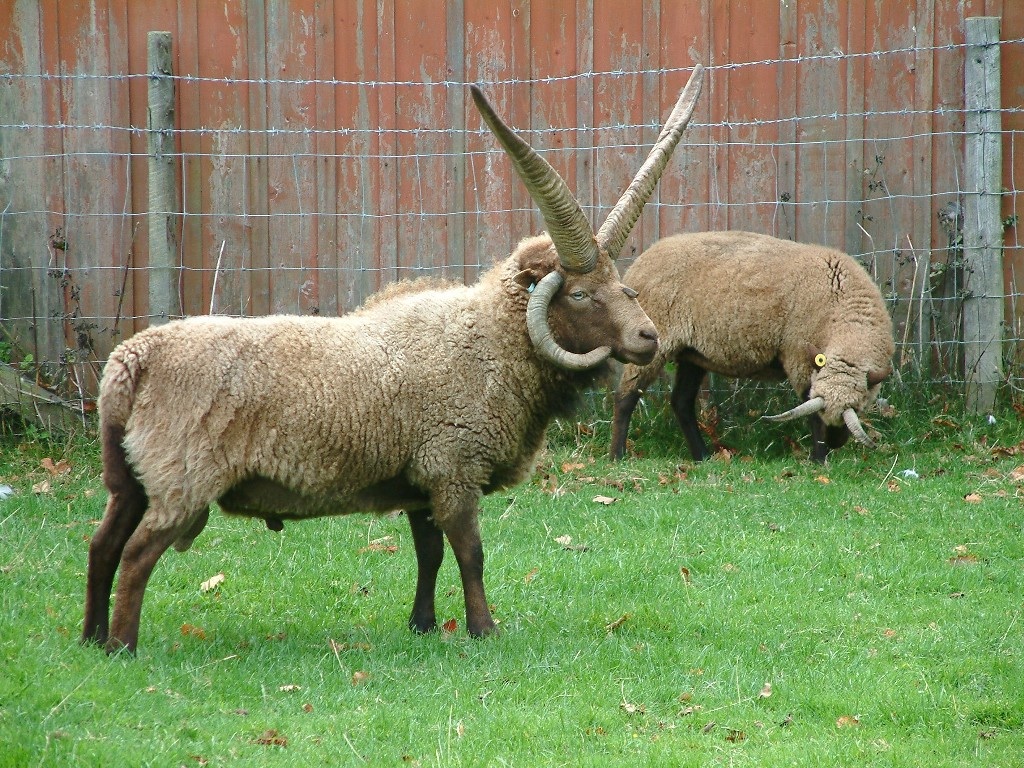 The Manx Loaghtan, a rare four- or six-horned sheep native to the Isle of Man.

(wiki) Sometimes fairies, sometimes the gods, sometimes the Celtic pantheon.  According to the Lebor Gabála Érenn (book of invasions, or The Book of the Taking of Ireland) They came to Ireland in dark clouds, burned their ships, and cast a darkness over the sun for three days. Likely parallel to the rise in Christianity in Ireland, the Tuatha start out as gods and end up as fairies, which is a bit of a demotion.

Dungeons and Dragons fans might be amused that they were also called “Clann Eladan.”

Callout to the “Six Ages of the World,” popularized by St Augustine in 400 AD, which says that the earth is divided into six millennia (Adam to Noah, Noah to Abraham, Abraham to David, David to Book of Exodus, Exodus through the birth of Jesus, Jesus and Beyond.) Also to Douglas Adam’s “How, Why, and Where” phases.

More about the Four Treasures of the Tuatha de Danaan, along with their experience point values, on Wiki.

The goddess Bridget/St. Bridget became one of perhaps three white Loa in the Hatian Vodou pantheon, and interestingly, is called Manman, which is only interesting if you’ve been playing with the word “manamnamanan” for three days. As Maman Brigette she’s the consort of Baron Semedi and has also been sort of matched up with Mary Magdalen. The other non-African loa are Charlotte, an upper-class French woman, and Dinclinsin, a slave-owner. There may be more, just going by Wiki on this one. 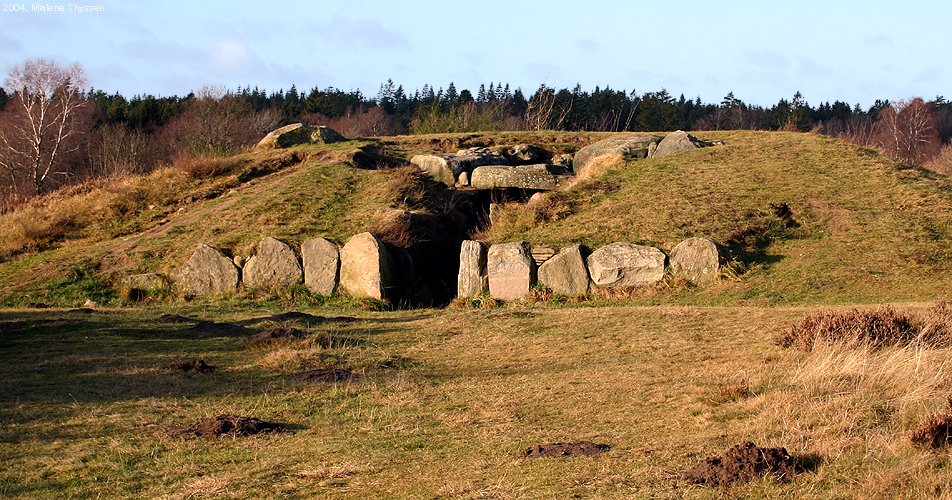 An example of a passage grave, photo by Malene Thyssen. Passage graves were  mondy sort of graves, but with megaliths and other large rock designs used to define their space and support a narrow passage deeper into the burial chambers. 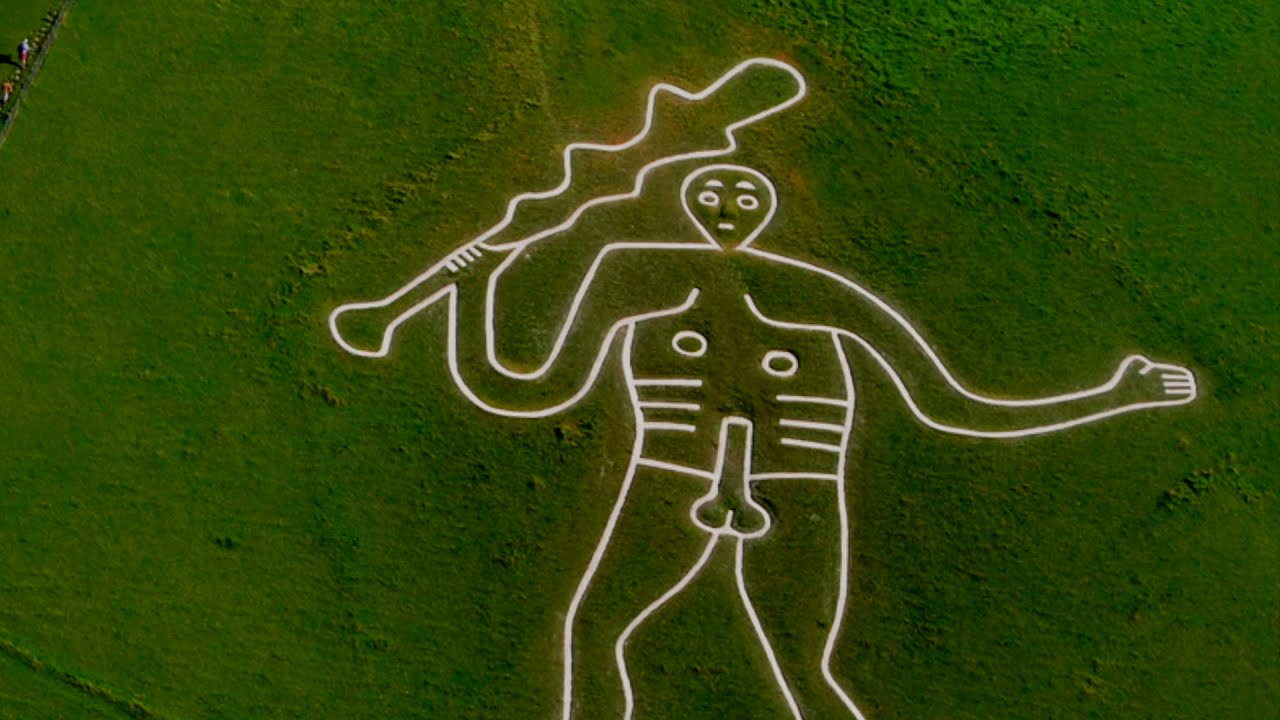 One of the better-known pictures of the Dagda, with his magic clubs

Unsure if canon, but Aengus is a sultry little hottie here.

(wiki) A goddess of war, death, and fate, and yet another triple-goddess in charge of the weaving of fate. She’s associated with the banshee legend.

Jacob makes a weird joke about the Bean-Nighe, who are related to the Morrigan and the banshee/Bean-Sidhe as another doom-portending washer-woman. This is a legitimate myth, and seems to be the Scottish version of the banshee. The Bean-Nighe Baby is purely in Jacob’s head. 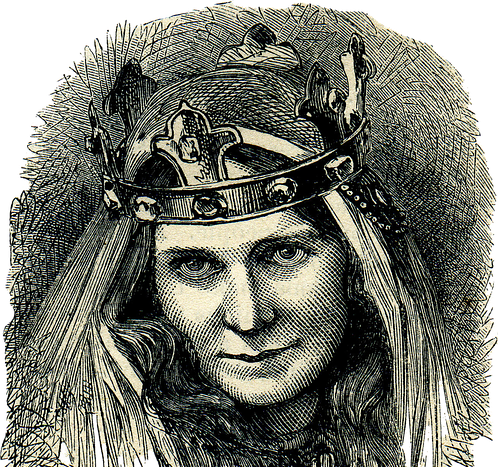 (wiki) Broadly, a supernatural race from Irish myth, usually distorted and monstrous, sometimes giants, sometimes sea raiders, often opposed to the Tuatha de Danaan, though there’s overlap between the two clans, too. It’s a bit “light side dark side,” the Fomorians often carrying the darker powers of chaos, death, and so forth.

Their name carries associations with the sea, (mor, mare, which is also a part of the word “morrigan”), so their name is sort of “undersea/underworld demons.” It seems highly unlikely, but the fomorians are sometimes said to be descended from Ham, one of the three sons of Noah. They are a complicated species deeply tangled up with the Tuatha and other Celtic myths.

Callout to Bres mac Eladain, sort of – we reference a satire that as written about him, by Cairpre Mac Edaine (a tuatha, if you’re keeping score. More about that bit of shade-casting on Celtic Literature Collective.

(wiki) The bag people. Why were they called bag people? We don’t know. But interestingly, they may have just had very baggy pants. People of the late 80s/early 90s, reclaim your heritage.

This picture of Shem and Ham is absolutely fabulous.