About the title: this episode goes into dancing plagues, which is sort of the province of St. Vitus, but dancing, couples, loooove, and so on, that’s more St. Valentine’s, and we’re releasing it on Valentine’s Day, so we’ll lean into that ambiguity.

St. Agatha, incidentally, was martyred because when she spurned the Roman prefect Quintianus’s advances. She was tortured to death in a bunch of horrible ways, among which, her breasts were excised with pincers, and she’s often seen carrying them on a plate in her iconography. Because they look a little like buns, she’s invoked by Bakers. Jacob got her legend a bit muddled with St. Lucy, who just arbitrarily sent someone her eyes when they tried to flirt with her. Now I’ve spent five minutes explaining a two-second, weak joke.

Drinks! Take this episode with a Tarantula, made with whiskey, sweet vermouth, and benedictine (an herbal with spice and floral notes). With thanks to Cocktails and Shots.

Somehow we got onto a tear about chicken-based drinks, which sound horrible, and in paticular the McNuggetini, which sounds…I don’t know…tawdry. However, the video, “Alie and Georgia Present: The McNuggetini” is a delight. We’ve been trading a bottle of “Nixta Licor de Elote,” which has a delightful corn-shaped bottle and a buttered popcorn flavor, consider serving with YOUR chicken-based cocktail.

Fun fact: In the break room at Victoria and Jacob’s 2005 office, the microwave worked when the door was open. I don’t know if it worked when it was closed, I was afraid to go into the breakroom at all.

From the world of semi-hellish news, the Ghana coffin dancers have been one of the big memes of the Covid era, for all kinds of reasons. Their “Thank you” to the world’s frontline doctors is…effective. Related, here’s a fun article about the Ghana fantasy coffin designers. Also, the hosts pinky-swear to visit the National Museum of Funeral history. 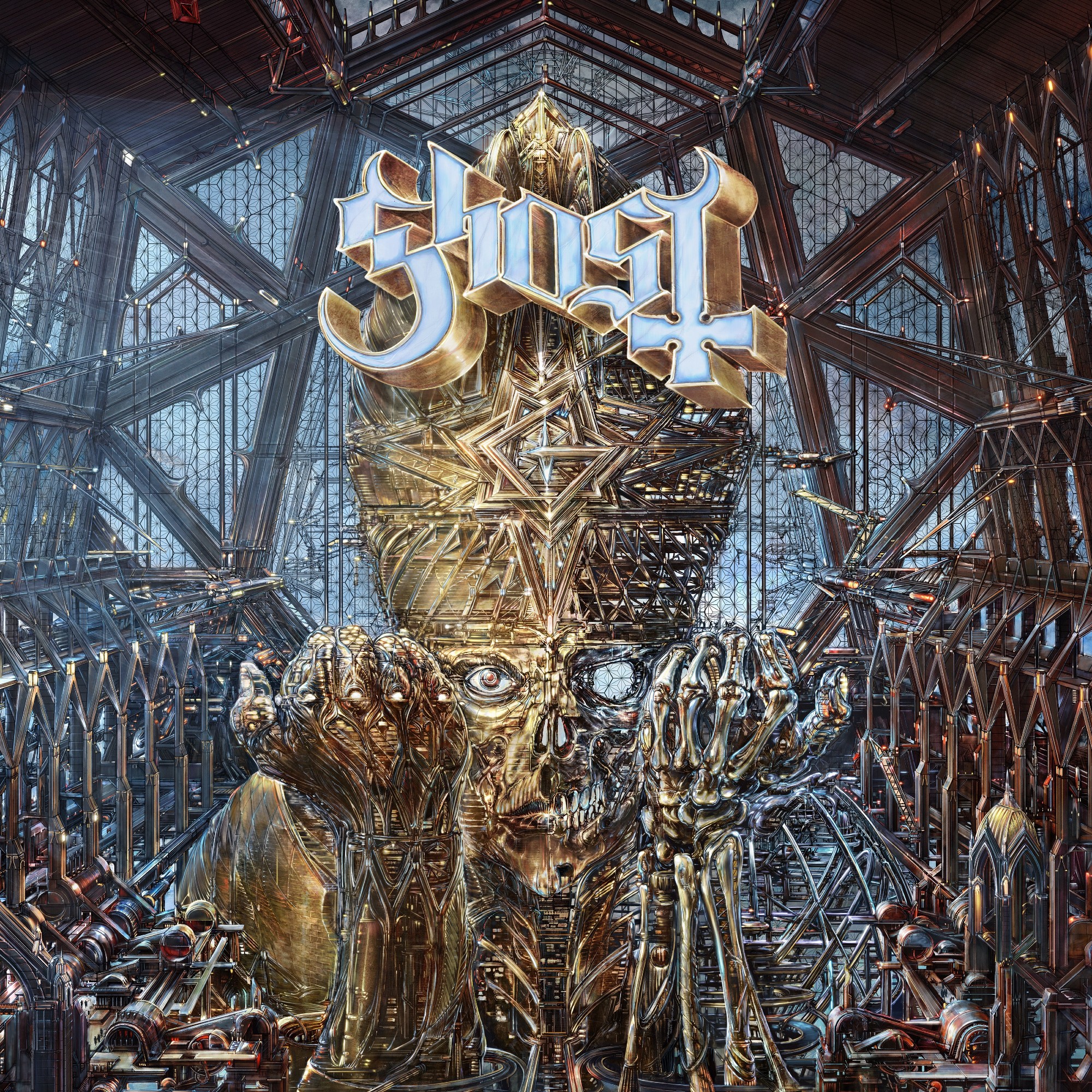 I know we were planning on talking about Ghost’s new album, since Tobias Forge is the unofficial fourth “Dispatchist” host, particularly “Call Me Little Sunshine“, but we really didn’t get around to it…

This episode may have had an unusually high level of alternative facts. We’ll try to correct them in the show notes, fully aware that no one will ever know. Pretty sure that’s how the New York Times does it.

Tarantism: A pyschological illness characterized by an extreme impulse to dance, peaking in 15th-17th century southern Italiy. Believed to be caused by the bite of a tarantula.

St Vitus’s Dance: AKA Sydenham chorea / chorea minor, a disordered, jerking movement in the hands, feat, and face, an autoimmune disease. Realistically has nothing at all to do with dancing plagues, but has been associated with it over time (there’s the medical diagnosis and the folk perception, very different.) This misuse of the term has been spread by podcasters for years, so we follow proudly in that tradition.

Dancing Mania, Dancing Plague, etc… – (wiki) a social epidemic of dancing, which spread through mainland Europe from the late 1300s through the 17th century. It’s seen as a social phenomenon, with strong religious elements. There’s a lot of elements we didn’t touch on…how dancers wandered from place to place in costumes, how they liked to have their feet beaten, cultural contagions generally, and so on. Ergot poisoning is sometimes suggested as a source for this, and looking at the cultural story of the dancing plagues that seems pretty unlikely, but one could imagine ergot hallucinations being part of the stories that made this weird meme so powerful. 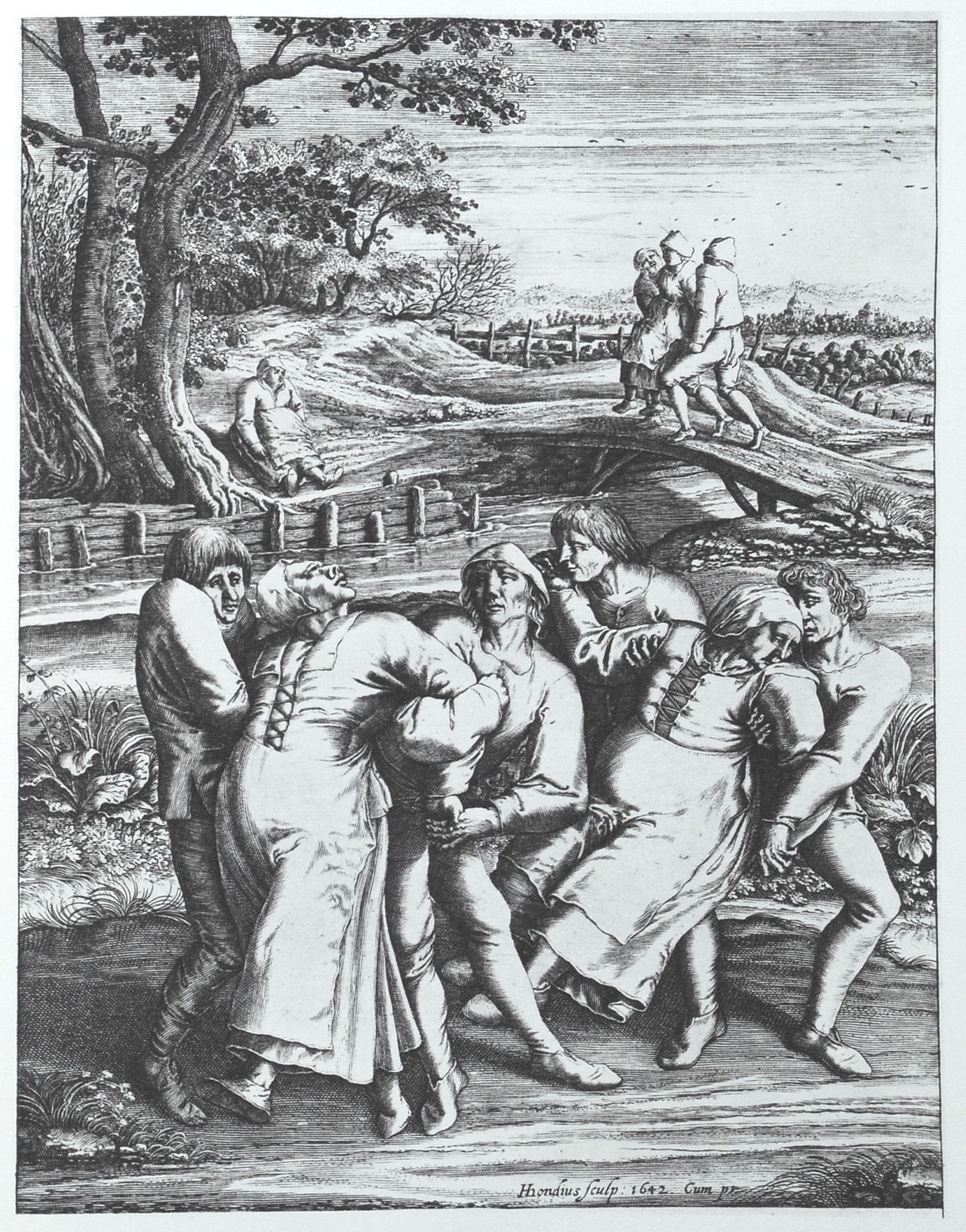 Dancing Mania on a Pilgrimate to the Church at Sint-Jans-Molenbek, Hendrick Hondius, 1652

Lot of different ways to tackle this one, so I guess we can start with the medieval art tradition… 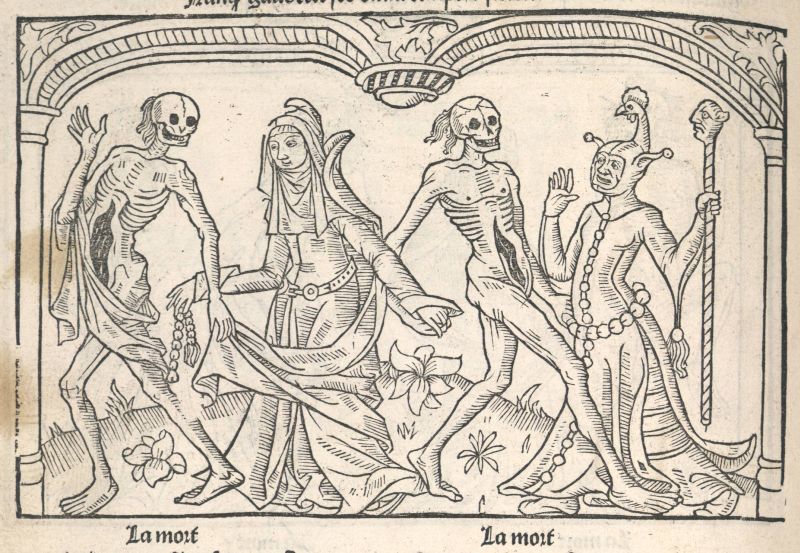 Copied from the mural of the Cimetiere des Innocents in Paris, deodans.com

Deodans also has a host of resources on the Lubeck Dance of Death, including a walkthrough of the various panels/dancers in this very large work, and translations of the verse that accompanies them. Well worth a tour, and the images are clean and available in high resolution.

The Dance of the Dead, specifically as a dance, may have been derived from the Farandole, a chain dance where that winds around in a spiral, weaving around, with a leader drawing a chain around and then closing with a “passage under the fault (the leader moving under the arms of the final couple.) However, in the Farandole of the dead, rather than anternating man/woman, it alternated corpse and dancer, with death at the lead.

So many fact errors this episode…here’s the article Jacob was struggling with about Serbian anti-vaccine protests that seem to reference the Dance of the Dead. (More show notes coming soon… 29.00)