Ep. 30 – Infernovember 4 – Thieves and the Snakes Who Love Them 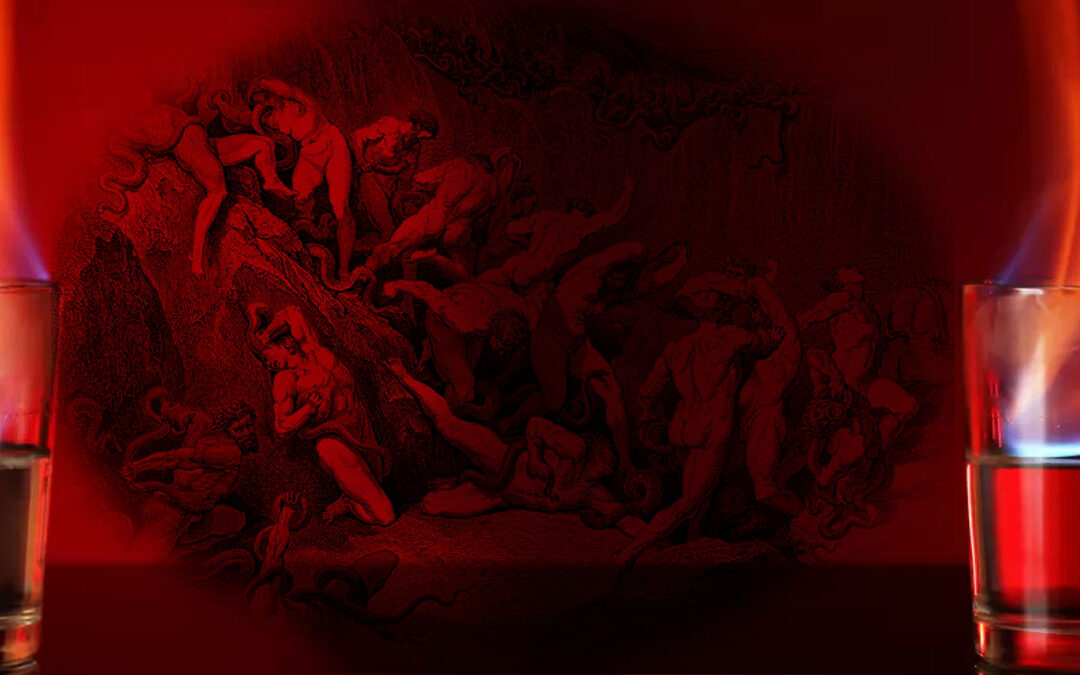 I think this will be current for at least another cycle, stop by and join us on Discord!

This week we are absolutely thrilled to get to talk with Sandow Birk, of whom there is a bit of hero worship, both for the illustrated translation of the Divine Comedy he worked on and the really fun 2007 “Inferno” feature film that he was the artistic lead on, which is available for streaming on Vimeo. More about Sandow Birk and his current projects at sandowbirk.com.

This week’s drink is the Flaming Homer, although purists will note the lack of cough syrup in this recipe. Still, it’s very pretty and it works on levels.

IWe’re still pretty far behind on show notes, and because of our editorial schedule for November may not be caught up until we reach the end of the Inferno series, but updates to show notes will begin again in December, thank you for your patience!]