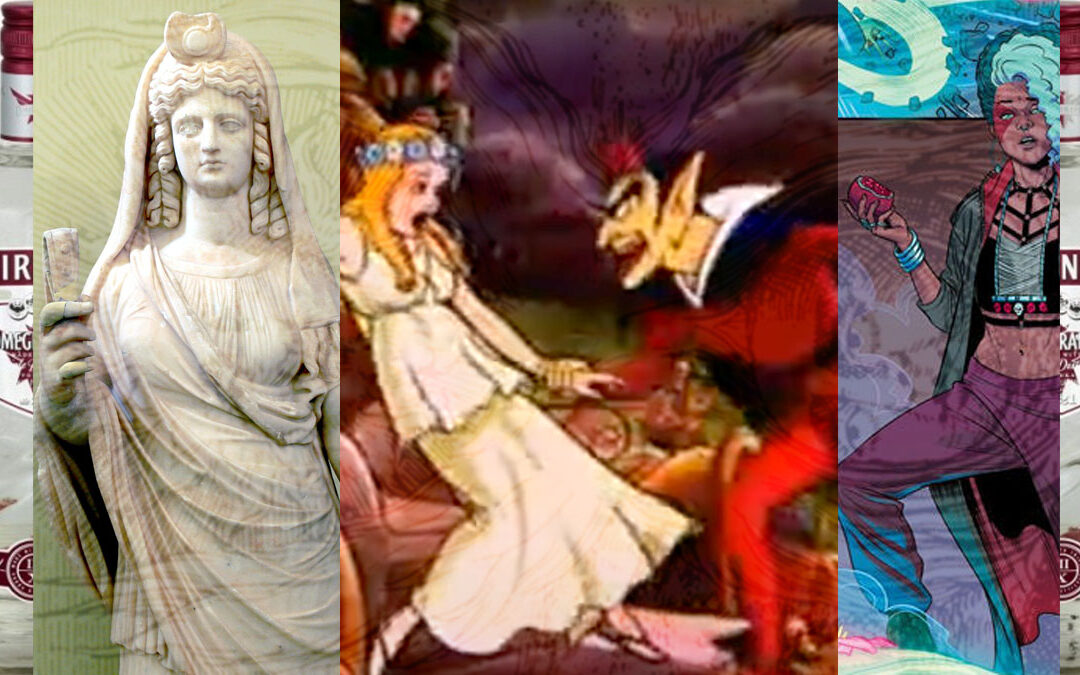 This week we free-associate over the legend of Persephone, AKA Proserpina, AKA Kore. Some disagreement among the hosts as to what the center of her legend is, but we’re all in agreement that pomegranates clearly have some powerful afterlife associations across probably every culture on the planet, including the ones that don’t have pomegranates.

Jacob has been making LOTS of devilled eggs lately, after reading this article on lifehacker about the perfect deviled egg.  Apparently that hasn’t been enough eggs, so Jamin recommends adding smoked salmon and avocado baked eggs to your life. We only have 50 or so listeners, it would be a shame if they all died of cholesterol poisoning.

Information about the Exorcist reboot/sequel is mixed. Is it a sequel? Is it a fresh start? It sounds like a sequel is in the works for this classic piece of horror. William Friedkin, who directed the original, isn’t involved, but isn’t specifically coming out in favor of or against the new movie, although he’s not involved. There’s been a few sequels to the movie in the past, some successful, some not, some spectacularly bad. Exorcist II: The Heretic is apparently regarded as the worst sequel ever made. Callout to The Conjuring: The Devil Made Me Do It, which sounds like it will be movie night  some time soon. Or possibly a few episodes?

Now on kickstarter! Well, now a semi-active project on kickstarter: Thirteen Demon Princes, Hell’s Favorite Dating Show. This looks like a fun dinner theater type game, where players take the roles of powerful and strange demons trying to get a date with Lucifer. The campaign ran back in 2018 and has been pretty quiet, but with an update as recent as May 2021, it may still get to a commercial release. But you can take the beta version for a test drive!

Play along with the home game! If you need to teach challenging and triggering subjects to 9-year-olds or English as a Second Language students, we have just the resource for you: this vocabulary gem from Liveworksheets.com. It’s probably better for kids than for a room full of snarky Gen-Xers.

The bone of contention in today’s episode: How much agency did Persephone truly have? Is she a character in her own myth, or more of a way of keeping score? Jamin leans more toward the “Persephone is the last important person in this narrative.” Jacob feels more that she had a strong role in later stories, so while she’s not an active character here, it’s the origin story for a stronger role. One of the reasons she’s called “Kore” is that people don’t speak the name of a death goddess, so the honorific is safer than her actual name. But we never quite got around to having that discussion in the episode.

Phaeton is not the child of Zeus and his chariot. Jacob made that up. Phaethon is the son of Helios and some other character, who wanted to drive Helios’s magical sun-car, almost crashed into the earth, and Zeus smote him. Totally unrelated story. To the best of our knowledge, while Zeus has slept with every named female character in Greek myth, he has never slept with his chariot. Please call off the Olympus legal team.

Hmm…is that video not working? 1934 Silly Symphonies, “The Goddess of Spring,” was unusually daring for the period, it’s mostly devoid of the pointless, constant joking of the other cartoons from that period.. Instead it’s an operatic version of one take on the Persephone story, with a particularly moustache-twirling Hades and some great visuals of his kingdom. He’s very pointy.

An Impossibly Reductionist Summary of the Eleusinian Mysteries 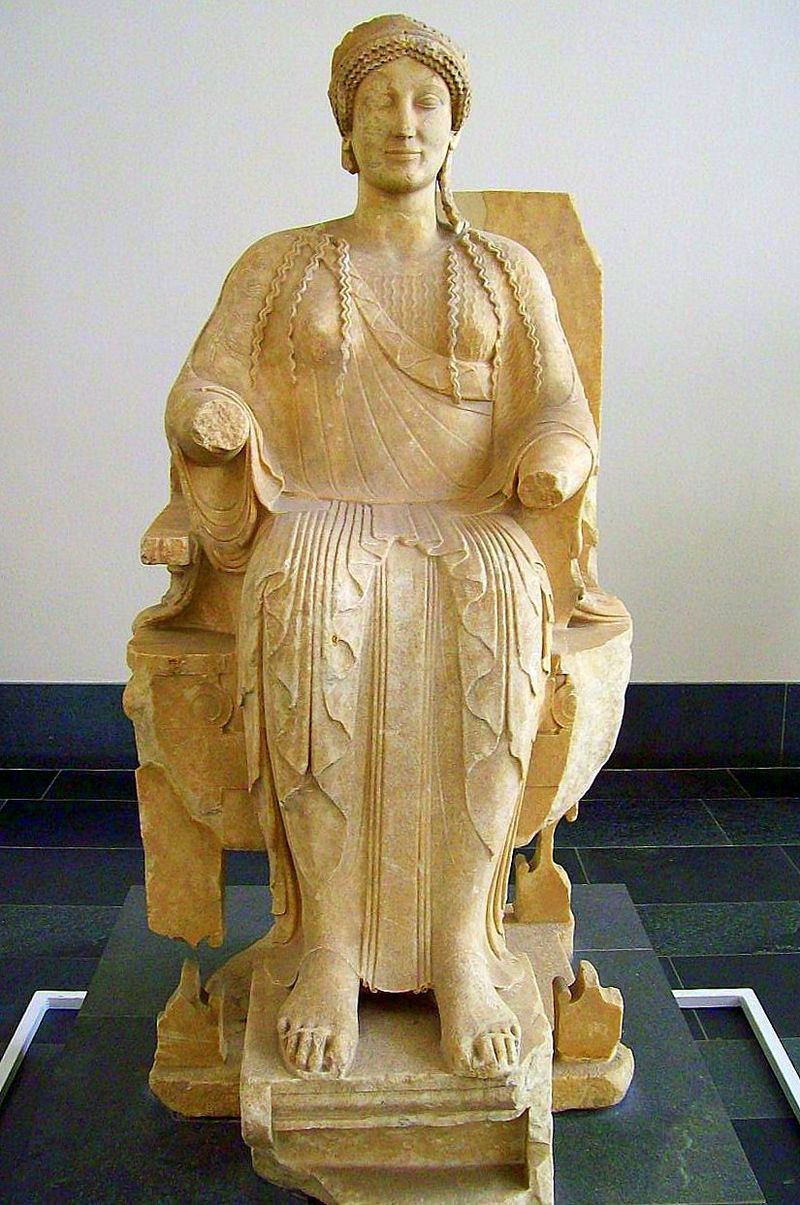 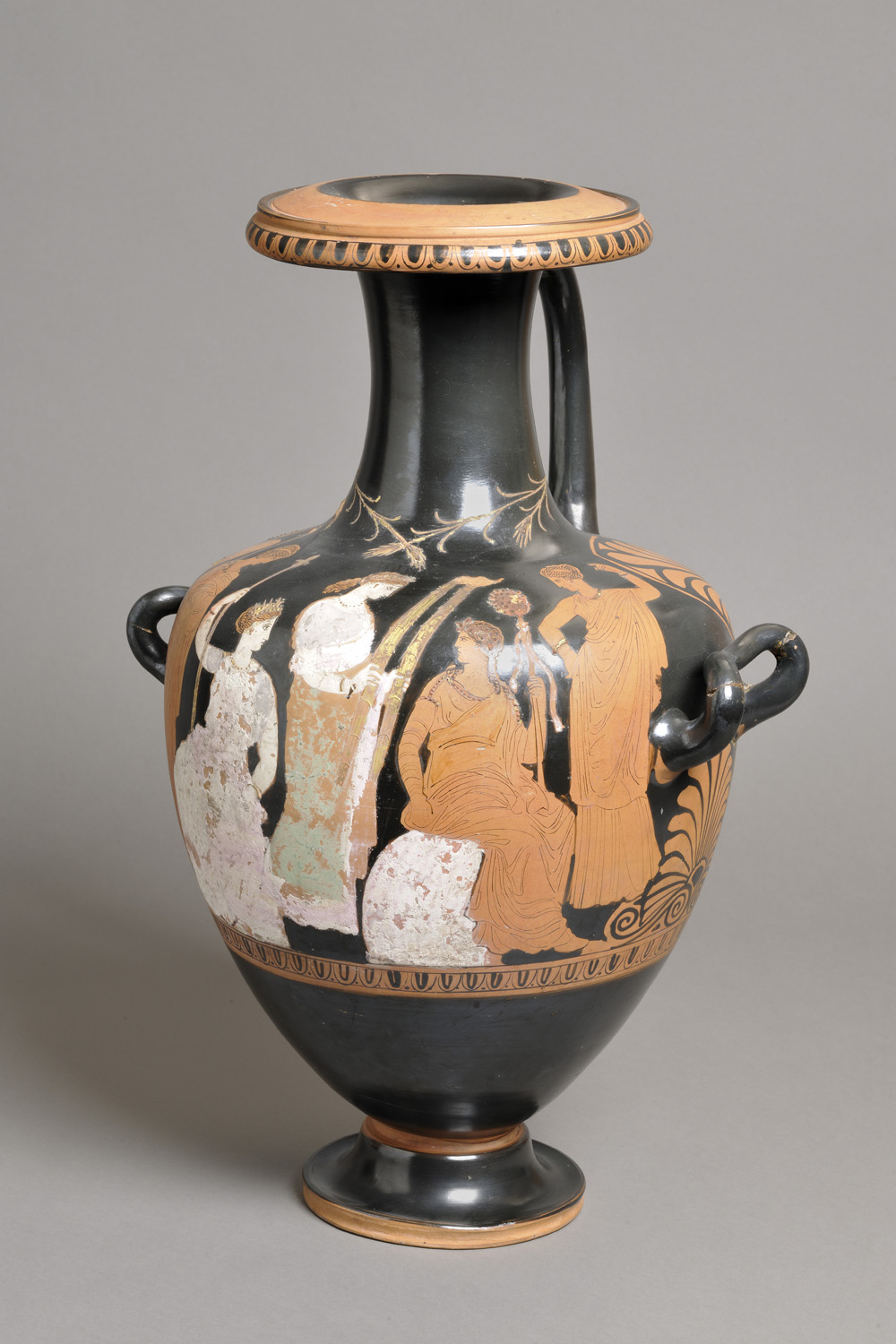 Clearly, this vase will explain everything you could possibly want to know about the Eleusinian Mysteris. Just stop here, thanks. Photo by Sdegroisse.

Any attempt to cover the Eleusinian Mysteries as a footnote in a blog post is doomed to failure. Britannica: “Most famous of the secret religious rites of ancient Greece.” A celebration brought over from possibly a much older agricultural festival, the rituals recounted the abduction of Persephone, Demeter’s loss and distress, her reunion, and the cycle of the year. Importantly, Demeter puttered around the earth during her wandering time, and taught agriculture to some of the places she visited.

Psychotropics were involved, apparently Demeter also brought poppies to Greece and Eleusia in particular. There is just an awful lot of stuff going on here. Anthropomorphic sunflowers, obscene jokes, mind-altering smoothies, and ever so much more.

There was a lot of fertility/rebirth elements in this ritual, but also a bit of the “we shall become as gods” idea…or at least the ritual put people in touch with the idea that their spirits were immortal, even if they were housed in inconveniently mortal bodies. 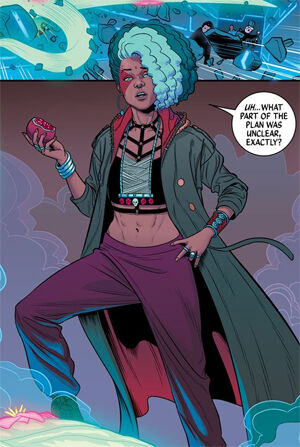 Persephone makes an entrance, from The Wicked + The Divine

Kore and the Sacred Book of Abramelin the Mage

(Jacob:) I feel like my inability to sit down and enjoy a grimoire is really a shortcoming on my part. Like I’m going to get laughed out of the hell fandom because I can’t read Dr. Rudd, but it’s all just lists of correspondences without any good characters. At least Abremelin has something like a plot: Abraham (no relation) of Worms (no relation) passes his magical secrets to his son, and tells him where he found them, “Princess Bride” style, one assumes. Abraham learned his magic from an Egyptian mage named Abremalin. Lots of divine science and Kaballah, so it became a darling of the Golden Dawn hermetic movement a bit later on (and is cornerstone to Crowley’s “Thelema” magical structure.)

While the book doesn’t give her more than a mention, it’s unique in grimoires for giving Kore a place in the demonic hierarchies, and doubly unusual in that she and her husband (?) Magoth share their authority. however, since Kore gets only a mention and Magoth gets a few lines of text at least, it may be more fair to say that she gets to sit beside Magroth at the table. Still, not that many Greek gods survive into the 20th century, so it’s an interesting little mythic thread to follow.  Translation over at Sacred Texts, but don’t read it if you’re going to be operating heavy machinery.

“Magoth” may be related to the word “miget,” which in French fairy tales was applied to the small, angry sorts of fairies that explode when you guess their names. Also he provides both banquets and musical theater, which makes him my new favorite demon. Next to Buer, of course. 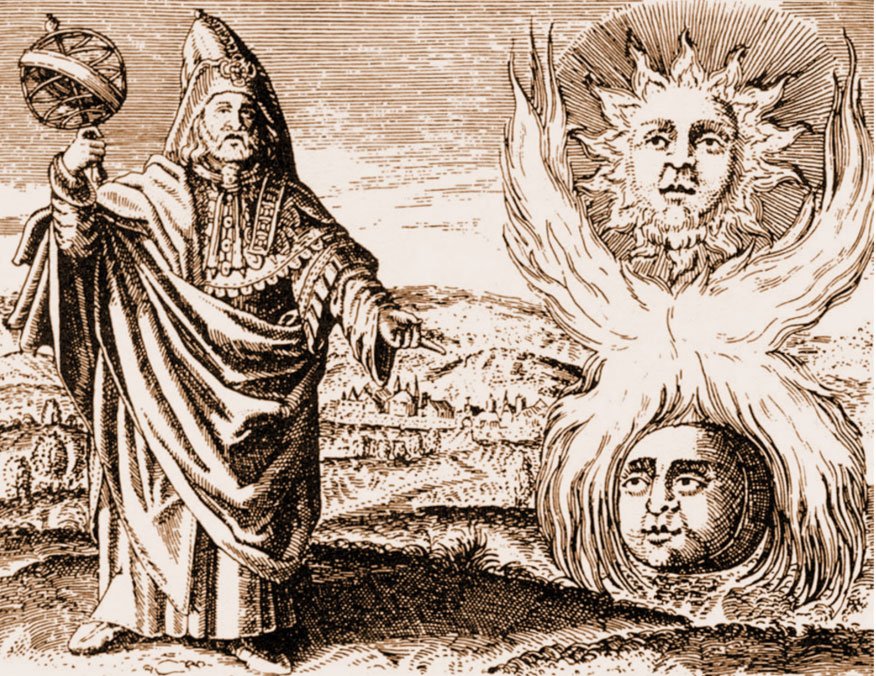 How do you say Crowley?

The video at below has some very good samples of Crowley’s speech and poetry, but it sadly does not have a reading of “The Convert (A Hundred Years Hence):”

But this, and a few other sources, suggest that Crowley/Holy is the right pronunciation. So mote it be.

The hosts have repeatedly pointed out that Jacob’s pronunciation is almost always wrong. However, Jacob edits the audio so there are no witnesses.