And another deadline flies by! Join us as we start a confused and rambling tour of Egypt, which is WAY TOO BIG TO COVER IN ONE EPISODE. But we’re going to try. Before we started, the pep talk is “we can’t do this, so let’s just lean into our failure.” And we deliver.

Show notes are work in progress. Thanks for your patience!

This episode brought to you by red beer. Apparently, red beer saved the world once upon a time, because Hathor turned into Sekhmet, “The Lady of Slaughter,” and went on a crazed rampage. Cleverly, Horus (or Ra or Thoth, one of the clever ones) suggested that someone served up hundreds of gallons of beer dyed blood red, and the cow-goddess-turned-lion-goddess soon passed out in a drunken slumber. A Feast of Drunkenness was celebrated thereafter, with red beer as the main liquid refreshment. Insert “the more you know” sound effect here.

Re: Lil NasX’s trial: The hosts had a brief discussion over whether we should get behind Lil NasX’s legal defense project, but by the time we got around to recording, the “mock trial as viral video” had gone live, as had the video, “Industry Baby.” Share and enjoy. There were less demons in this one. Information on the Lil Nas X bail fund at “The Bail Project.”

CNN has a nice article on the sunken city of Thonis-Heracleion. And if you search for “tongue” on Google images, a picture of Gene Simmons turns up as image #29, depending on how the algorythms are playing out that day.

Where to begin…this episode is so all over the place.

(wiki) A rich dark reddish brown popular in the 16th-17th century, particularly loved by the Pre-Raphaelites, made from white pitch, myrrh, and ground-up mummies. During the pigment’s peak popularity people started making their own mummies (or just using the corpses of slaves and criminals). Apparently it went out of style when the details of its creation were generally known. One wants to say “well, you could have read the label,” but apparently it was also called Egyptian brown.

While Mummia wasn’t necessarily powdered mummy, it should have been powdered mummy, and possibly didn’t start as powdered mummy (wiki)It sounds like it might have started life out as bitumen, a crunchy naturally-occuring tar or asphalt. But the word could mean either tar or mummies. So, in the glorious tradition of folk etymology, dubious medieval-to-rennaisance merchants started selling first some of the residue scraped out of mummies, and then mummies themselves, as a drug (and obviously an aphrodesiac, because why not.) At some 17th-18th century point people realized that all this mummy-based-medicine was a mistranslation and it went out of style.

Maybe this wasn’t as much of a thing? Maybe it was? Mummy-unwrapping events were a thing. But according to All That’s Interesting, some scholars don’t believe that these parties happened at fancy rich people’s houses, but rather were academic events. Unsure, the truth is probably somewhere between “during the Victorian unwrapping mummies became the fashionable thing to do, like a necrotic piñata” and “there’s a few photographs of this happening, but maybe people just talked about it?” Atlas Obscura has some good descriptions of the spectacle of such an event, along with the idea that the legend of the “mummy’s curse” is some hazy guilt complex for participating in this sort of madness. 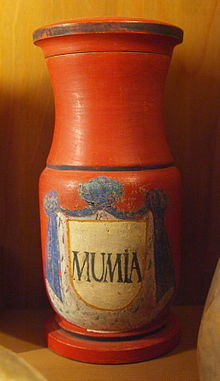 18th century Mumia apothecary jar, with thanks to Bullenwächter

Book recommendations: Jacob struggled and ultimately failed to remember the title of “Secondhand: Travels in the New Global Garage Sale.” It’s an interesting read through reuse and downsizing and the efects of same. Victoria has spent some time recently with her family’s Stuff, so this topic is unusually current for us right now. Junkyard Planet is Adam Mintner’s slightly earlier book on trash.

Much to be said for Stephen Quirke’s “Ancient Egyptian Religion,” which Jacob got ahold of after episode 22 but when he was still writing the show notes. It’s been helpful for building a rough chronology of how Egyptian religious ideas developed, and will probably come up a few times in our talks about the various gods and myths of Egypt. 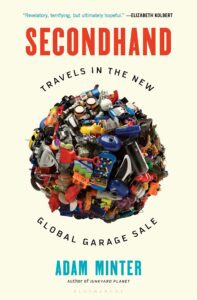 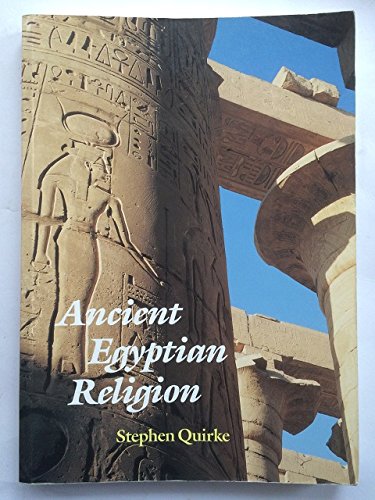 We’re going to get this wrong so many times as we reference historical information on the fly. It doesn’t help that there’s about 3000 years of Ancient Egyptian history, web sources tend to get things wrong, and from a distance (and from an ill-informed perspective) there’s this strong unity of concept that makes Egyptian history look kind of fractal and similar from any point.  Most references to Egyptian history seem to use the “what dynasty was it” approach, which is probably easier to date by. Anyway.

Predynastic: before roughly 3150. Small tribes scattered along the Nile valley develop increasingly sophsticated culture.
Early Dynastic: 3160-2686 BCE: Roughly the same time as early Sumerian Mesopotamia. Either history was rewritten to reflect a thing that happened in spirit, or actually happened: King Meni united upper and lower Egypt into a single kingdom, and control starts to be centralized in Memphis…this was recorded in 300 BC so historical veracity seems tricky to determine. But the whole “upper and lower kingdom” idea is so central to Egypt’s image of itself that the truthiness of the concept is well established.
Old Kingdom (2686-2181): Shorthand form, the time when most of the major pyramids and monuments were built. Establishment of a strong administrative system centered on Pharaoh, priest, and scribe; establishment of Pharaoh as a God; foundation of most of the big names of Egyptian myth, although their roles change substantially over the millennia. A number of factors caused the Old Kingdom to break down, including a 150-year period of famine, an ugly succession after the reign of Pepi II, which lasted at least 64 real years and 92 legendary years, depending on who you ask, and challenges from local nomadic tribes and regional governors.
First Intermediate Period (2181-2055): Marked by a collapse in Egypt’s central government and stronger regional governors and Upper and Lower Egypt’s temporary separation. Without having to worry so much about taxes from the central government, the local government and population became wealthier.
Middle Kingdom (2134-1690): A period of stability and something of an art-and-culture renaissance. Religion was no longer in the hands of the pharaoh and priest class, but was a more popular thing. Toward the end of (and probably setting the conditions for the end of) this period, Amenemhat III allowed the “Hyskos,” a broad name for Semitic-language settlers, to establish themselves in the southier parts of Egypt. Then the entire region broke again.
Second Intermediate Period (1674-1549): The Hyskos took control of Egypt for a a time, until the reigns of power were taken out of their hands (and from neighboring Nubia as well) in 1555. Egypt develops a stronger military force.
New Kingdom (1549-1069): Egypt has a period of prosperity and develops strong diplomatic ties with their neighbors. This is the Egyptian empire that sets the backdrop for the Old Testament. Temples are restored, trade is established, there’s a brief weird fad for monotheism (right around the time that Israel starts to rise as a nation, very convenient… several Pharaohs are named “Ramesses,” and everything putters along pretty well until war and corruption bring this period to a close.
Third Intermediate Period (1069-653): Some strong leadership around the mid 700s, with a nice little burst of pyramids, but there’s a lot of back-and-forth with Semitic tribes in the region and a fair amount of temple-sacking.
Late Period (653-332): Persian takeover, Greek settlement, and overall a gradual weakening of Egyptian rule over Egypt.
Ptolemaic Period: 332-30 BC: Egypt was conquered by, or given to, Alexander the Great. A lot of popular understanding (and misunderstanding) of Egyptian myth comes from this period, as the Greeks tried to make sense of it by merging it with their own myths. Roman rule begins in 30 BC and extends through 640.  But at that point it’s kind of outside our concern as a part of the development of Hell’s mythology.

We really love Joanne Fletcher. She’s very approachable and fun to watch and has a large number of very informative videos on Youtube. It feels a bit shallow to say it, but we really love her hair, too. Her overall look…hair, signature black umbrella…she’s got a good persona.

Before the pyramids there were mastaba. If a pyramid is a cake, a mastaba is a partially collapsed souffle. That may be unfair. The word means “house of stability” or “house of eternity,” and was the big thing for royal burials until the old kingdom, and common for other well-to-dos through the middle kingdom. Overall it sounds like they were outmoded by variations on the idea of “pyramid” by 1550 BCE or so.

Cleopatra, it turns out, did have a nose. In case there was doubt. “Realm of History” has a picture-loaded article on the historical Cleo and some interesting interpretations of her. 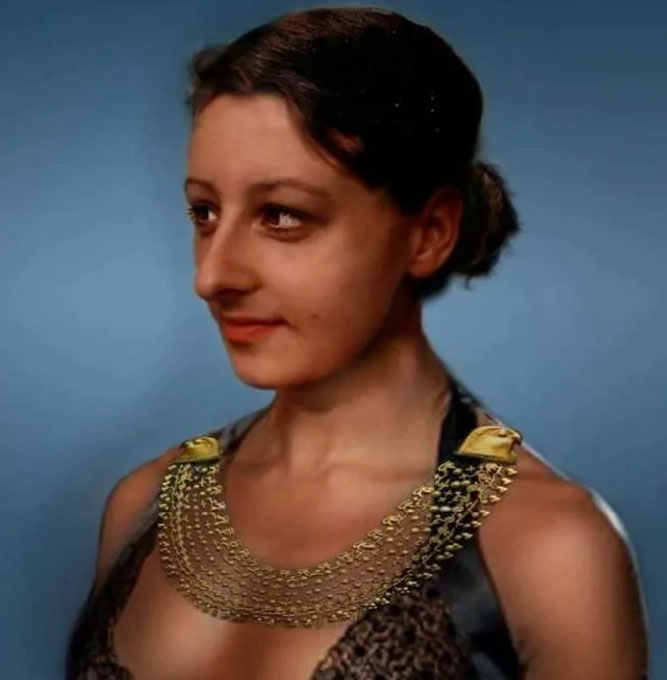 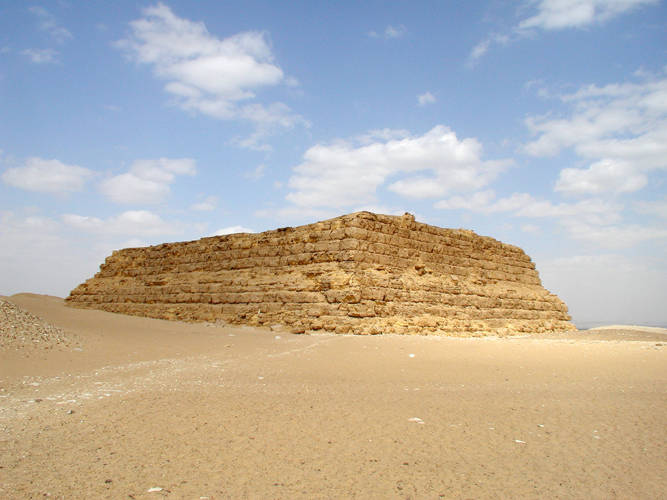 With thanks to Jon Bodsworth

Heca is the mostly invisible god of magic and healing, and as well, he’s a part of the tapestry of the mythic world of Egypt, the power behind divine magic, as well as most spells and incantations. As the illustration at right from WorldHistory.Org shows, he also has AMAZING tastes in haberdashery.

Heka didn’t really have a cult or worshippers, and never really makes the prime time, dispite being arguably the most important god in the Egyptian pantheon. We’ll probably talk about this in the upcoming “Osiris and Isis” discussion, but Egyptians didn’t view their gods…hmmm…carnally as one might see Zeus or Hera or Jahweh – they weren’t necessarily “people,” more like symbol-sets wrapped in enough story to describe them.  Heka seems like the best example of that.

In general, it seems like lower-case “heka” (that is, divine magic) is much more commonly used and on people’s tongues than upper-case Heka. Ma’at as goddess of harmony, civilization, and order, against ma’at (the principle of the same) seems to be in a similar boat. 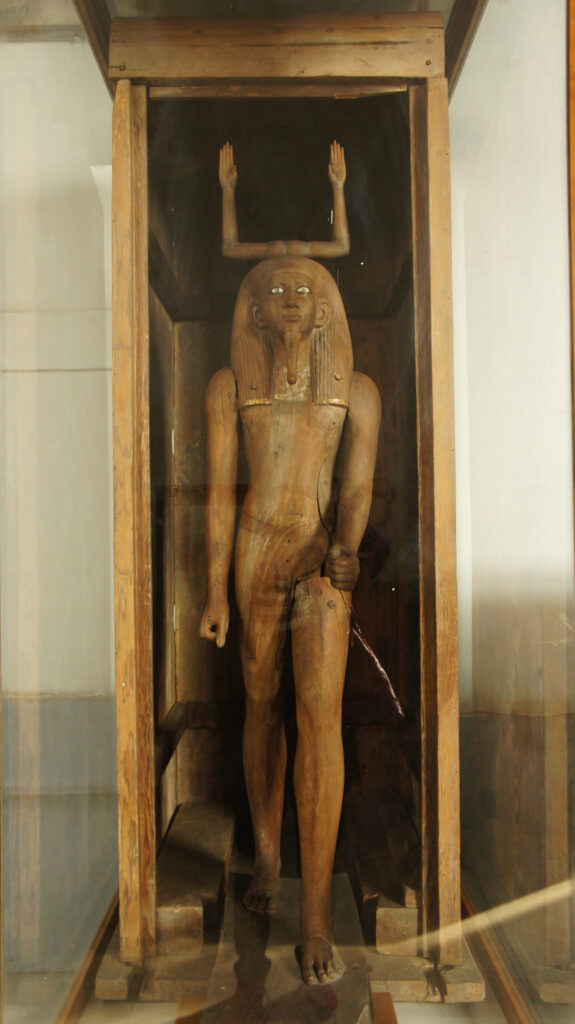 Quirke suggests that the large-scale mummification of animals occurred after the New Kingdom, during the Greek and Roman periods of Egyptian rule. Victoria talks a bit about how the rise of this animal veneration was tied to nationalism, and there was a period of strong nationalism in the Greek period, with the establishment of libraries, a few well-known historians, and reinterest in Pharaoh-related documents and funerary texts. So that tracks.

Wiki talks about the practice of mummifying pets, votive offerings, and the various types of animals that were preserved (cats, canines, ibis, baboons, crocodiles, fish, mongooses, snakes and eels, and scarabs, but I don’t know how much work is needed to preserve a beetle.

Veneration of animals in Egypt took a number of forms, although animals themselves were not meaningfully worshipped. Instead, they were something like a vehicle for the gods, kind of like a statue could be. Pets were kept as a sort of focus point for domestic worship, although given how rare texts about home life in Egypt are, they could have just been pets, as well as or as opposed to being ambulatory domestic shrines. Temples kept animals nearby, tending flocks of birds or keeping sacred bulls on hand for the occasional divine manifestation and as oracles (which stable does the sacred bull enter? He’ll pick your lucky lotto numbers!)

Sacred Animals of Ancient Egypt, Reading Museum, 2020. Lots of illustrations and fun factoids (Anubis was venerated at a air of towns the Greeks called “Cynopolis“).

Animal Mummy Coffins of Ancient Egypt, Eric Powell, Archaeology. This one’s mostly about the pretty pictures. Photos from a travelling exhibit of animal mummies and coffins.