Prince of the Land of Tears (among others); king 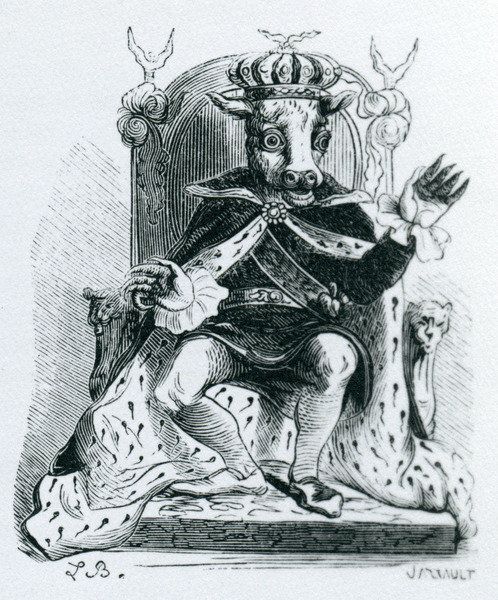 Moloch appears as a bull, or a bull-headed humanoid idol, sometimes of brass. He has literary associations with funeral pyres and the story of the minotaur.

Frequently described as a Canaanite god. The word “Gehennah” describes a tainted land that is good only for a flaming landfill, from the Valley of Hinnom. The source of this land’s corruption may have been child sacrifice (burnt offerings to Ba’al) and thisact of sacrifice was associated with Moloch as well…his name is possibly rooted in the verb “MLK” (to promise, to offer, a gift…) and the inflection of “shame”. The word mōlekh could have referred to the act of sacrifice, then evolved into a deity/demon associated with that sacrifice. There’s a lot of unknowns!

Moloch is mentioned several times in the bible, associated with sacrificial rites and set up as an enemy to Jahweh. At the same time there’s a historical ambivilence, the Jewish people were originally Canaanites and the Jahweh/Moloch emnity could have been a way to distance themselves from from earlier practices.

A few online resources suggest that Moloch is a fallen or corrupted fertility deity. On the one hand, that’s hard to argue for/against because Moloch may have been more a concept than deity. And, pretty much every major deity in the Mesopotamian pantheon is or was a multipurpose deity of fertility, harvest, war, and…then a little something extra. On the other hand, as a story element a spirit of child sacrifice as a fallen fertility spirit has some interestingly Lovecraftian overtones.

Gods and Demons (below) links to a picture of Moloch as the “King of Shame,” which is an interesting concept of this spirit. Occult World mentions that he may have been associated with the god-devouring titan, Cronos.