Depending on the role of Lucifer, Belial is either second to Lucifer or co-equal to him 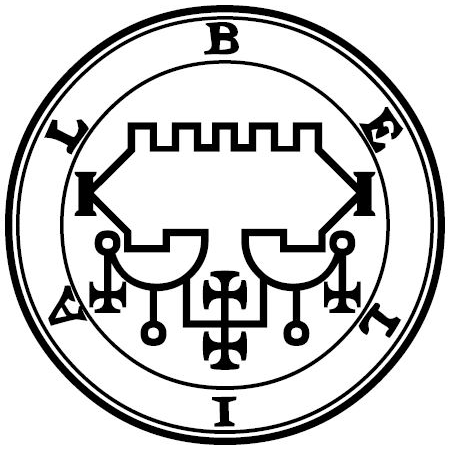 Sometimes described as having serpentine qualities, Belial is generally described as a beautiful angel, often in a fiery chariot.

Belial shares many qualities with Lucifer, and may be an aspect of him. He’s one of the oldest demons, second to Lucifer in age, beauty, and power, and is sometimes described as the angel that lead the other angels to fall. Many of his names suggest that he’s a creature of discord: he engendered the fall of the angels, and tempts people to gossip in church.

He’s an ancient spirit, mentioned in the bible, but perhaps as a word for “wickedness” or “perversion” rather than a named entity. If he wasn’t a named demon in the bible proper, he quickly becomes one in post-biblical writings.

Let the summoner beware: Belial breaks promises and lies constantly, though if a magician builds up a relationship with him, he’s reliable (…right.)

As a spirit of rebellion and disorder, he’s a Satan of a high order, and in many references seems to be an aspect of Lucifer or simply the current Satan. He’s more strongly assocaited with corruption than many Satans though, his followers are “the children of wickedness” (particularly sexual wickedness) and “darkness.” If there is a specific Satan whose role is to bring conflict and rebellion to the world, it’s Belial.